Seven reasons why I love Shavkapito 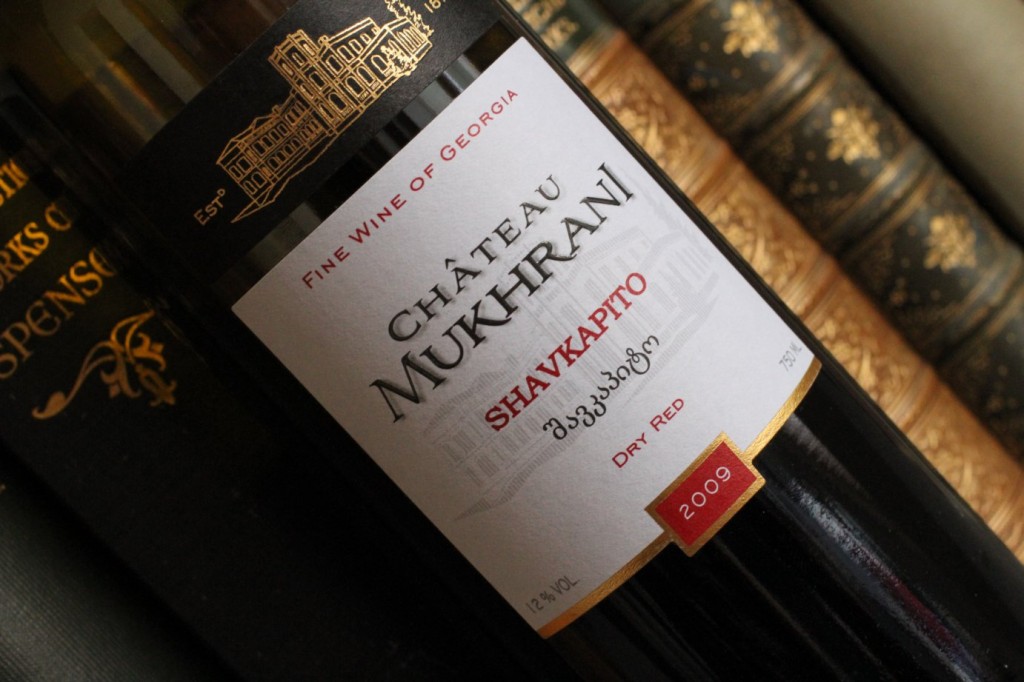 Sometimes, falling in love is easy. And so it was with me and Shavkapito – we met across a crowded room at last year’s EWBC conference and with the first sip I knew I was hooked. Is it possible to rate a grape variety just on the strength of one wine? Well, maybe not, but sometimes I’m impulsive. And I’ve now tried Chateau Muhkrani’s Shavkapito on several enjoyable occasions, taking in two different vintages, as well as comparing and contrasting it to the qvevri-fermented version from Kahketi-based Pheasant’s Tears.

1. It’s a survivor – a rediscovered indigenous Georgian variety, currently only being produced as a varietal wine by two producers. There’s no more than an estimated 10 hectares of the stuff – all in Kartli valley, itself undergoing a small renaissance in winemaking, thanks in large part to Château Muhkrani.

2. The flavour has a charming sour cherry character, with refreshing tartness reminding me of Alto Adige’s Lagrein and Marzemino varieties, or even Northern Spain’s Mencia.

3. This grape and region produce a well-balanced wine that’s naturally low in alcohol (The Muhkrani example is 12%, Pheasant’s Tears 12.5%), and soft-textured, making it terrifically easy to drink and really quite moreish. Admittedly, Pheasant’s Tears version is less easy-going when young, and I found the tannins of the 2010 a bit stalky and harsh, but John Wurdeman is adamant that these wines need a bit of bottle age to show their best.

4. It’s versatile, responding well to oak (And I find the oak aging in Château Muhkrani’s example to be sensitively done and not overawing the wine, although Pheasant’s Tears’ John Wurdeman and I disagree.), or to the qvevri treatment, as with the Pheasant’s Tears example.

5. Shavkapito was initially recommended to me by one of the world’s leading grape geneticists, Jose Vouillamoz – and if that sounds like portentous name-dropping, in reality the situation was two of us hunting around for something decent to open, rather late one night at a bring-your-own event. And we struck gold, thanks to Jose’s sharp eyes.

6. For a Georgian grape variety (and there are some 425 of them), it’s pretty easy to pronounce. The same can’t be said of Rkatsiteli (the R is silent) or Mtsvane (both the M and the T are kind of silent). And I’m not even going to go there with this: 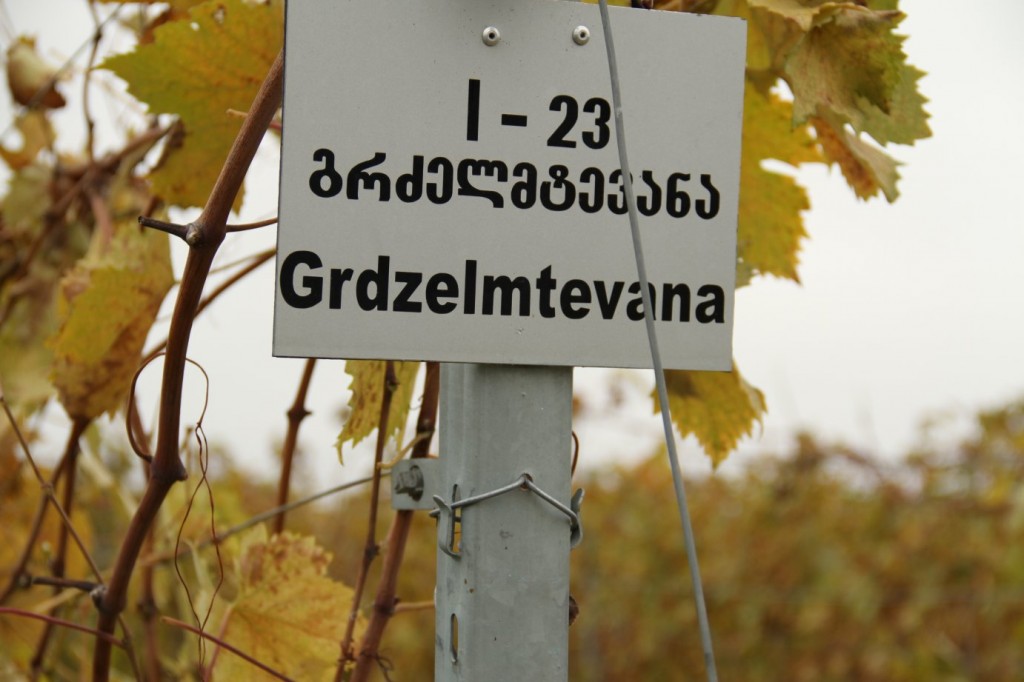 7. Château Muhkrani Shavkapito is easily available in most European countries (including the UK), thanks to German distributor Geo Vino. I can recommend their online shop, which was quick and efficient at furnishing me a case – and at €11.90 a bottle it’s damn good value too. Pheasant’s Tears Shavkapito is also available in the UK, via Les Caves de Pyrene and various retailers. Unsurprisingly for a qvevri wine, it’s a little more expensive (around £16 a bottle in the UK).

For more about Château Muhkrani, Magnus Reuterdahl’s blog is a good place to start.

I travelled to Georgia and Château Muhkrani in Nov 2012, as the guest of the Georgian Wine Association and EWBC.

Thanks for the nudge on this bottle and this grape.

Honestly, being able to spell and say the name is no small deal. One of the reasons that Greek wine remains outside of my shopping mind is that I simply can’t remember or share them.

I would be glad to take on the job of figuring out how to market some of these remarkable wines to the North American market. That is only if you are part of the project!