How about this? A boutique festival set in beautiful woodlands, a sunny day, bands, DJs… and a massive choice of top quality wines served in a real wine glass. It almost sounds too good to be true – but this was what Amsterdam’s first Bacchus Wijnfestival offered for three days between 5-7th September. 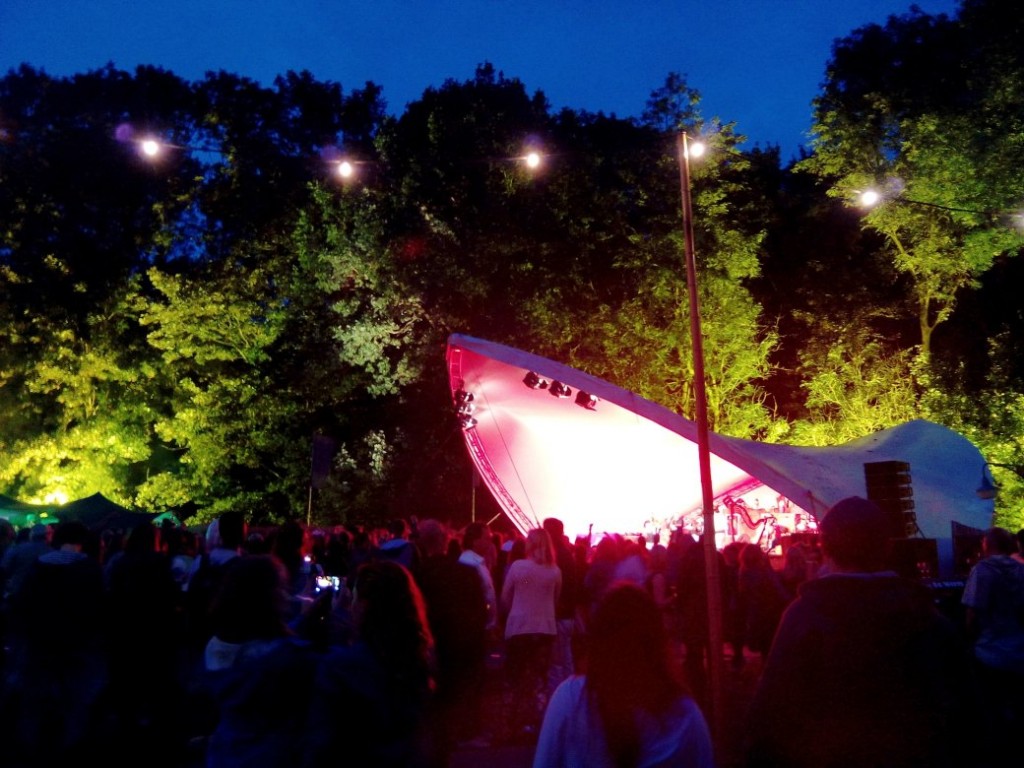 I headed along to the Amsterdamse Bos (or wood) on Saturday afternoon, with a bunch of wine loving friends. Entry was nice and relaxed – no bouncers mauling you about, no bottles of water being confiscated (yes, that can happen at festivals). 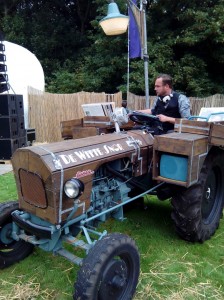 Not so welcome was having to exchange money for tokens (“muntjes”) – this always annoys me mildly, as it’s very convenient for the festival organiser and very inconvenient for festival-goers. You have to guess how much you might need (or risk queuing multiple times when you run out), and it’s not hard to go home with wasted tokens in your pocket. Worse still, the muntjes here were €1.50 each, making it very easy to forget that prices were in tokens not in Euros. €4 sounds good value for a gourmet burger at a festival. Ah but it’s not €4 – it’s 4 tokens, or a less attractive €6.

Then came the annoying realisation that on top of the ticket price, two muntjes had to be immediately surrendered for a glass – with no refund, whether you returned it or not. This was starting to feel a tad commercial.

Enough winging. As soon as we had wine in the glass, things began to look up. The festival brought together ten wine merchants, with a choice of some 250 wines. Perhaps the most well known was Haarlem’s Okhuysen, with a solid old world selection, including an expensive but superbly elegant Condrieu from René Rostaing (5 muntjes for a tasting glass – 65ml) Amsterdam’s first and foremost “natural wines” importer Vleck had many tasty treats, including two beautiful Morgons from Jean Foillard. New to me were Wijnkoperij Hermitage, with an adventurous mix from Eastern and Southern Europe, including a very decent dry Furmint from Hungary. Bolomey Wijnimport was another discovery, focusing on smaller French producers from Bordeaux to Jura, and all points in between. Their Loire selection included the second Grolleau I have ever tasted (Bainbridge, Cuveé Rouge aux Lèvres) – very light, charming fruit, and a lot less brett than Olivier Cousin’s. Prices were generally reasonable – some merchants had retail lists on hand, and markups for the event were modest (averaging between 50% – 100% on the retail price), and the options to have a tasting glass (starting at 1 token), full glass (125ml) or a bottle were flexible. This wasn’t a wine tasting event, but you could still sample a lot, with a few willing friends who didn’t mind swapping glasses.

If the wine merchants weren’t profiteering too blatantly, the same couldn’t be said of the organisers. A visit to the toilet cost a further muntje (or €1.50 in real money), which certainly produced some dropped jaws. So that left the €12.50 day ticket price just covering music – which was disappointing, and thin on the ground. During our visit (4.30pm – 11.30pm), there was just one live band (Koffie, a pleasant enough Afro-fusion band), and one rather cheesy DJ act.

Gripes aside, there was something wonderful about seeing close to 1,000 people drinking good wines from good wine glasses – and being able to sample such a wide variety of both interesting and delicious bottles. Food was also of a very high quality, with hipster staples like Brandt and Levie sausages, wood oven pizzas and even razor clams. Beer lovers were relatively well catered, with Boston Lager on hand if Budweiser Budvar became too boring.

Overall, this was a great day out, a brilliant and innovative idea. I hope the festival made such an enormous profit that next year the organisers can align themselves more with Bacchus than Plutus. 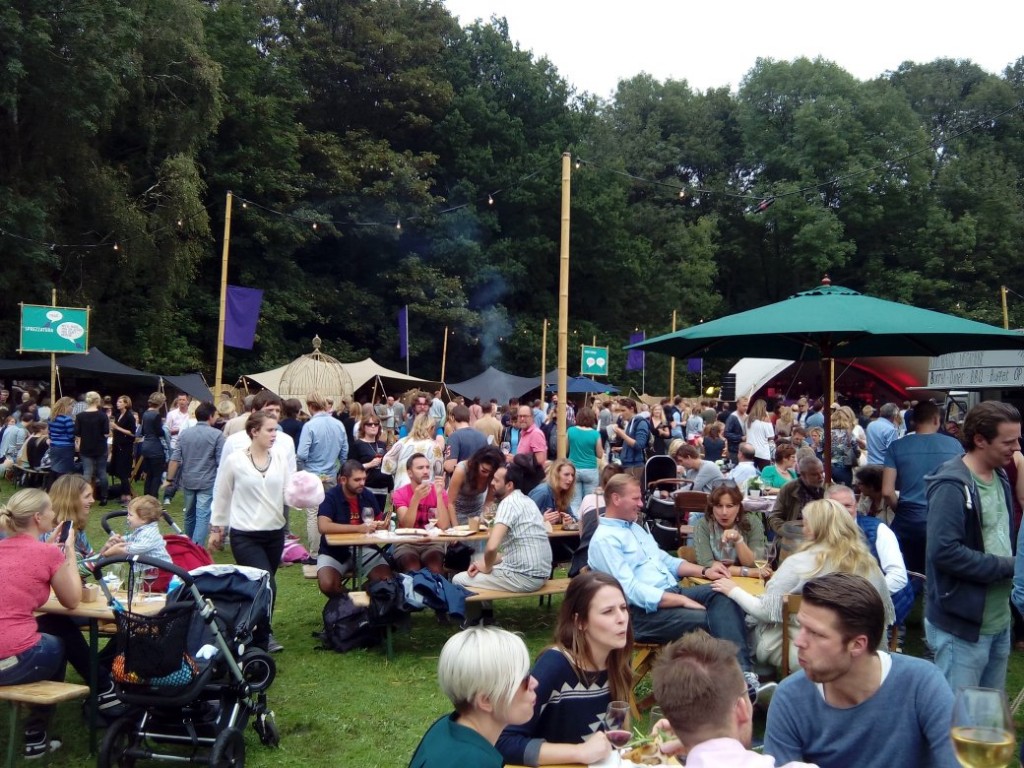 Disclosure: I was the guest of the wine festival, however I purchased wine, food, glass and toilet entrance out of my own pocket!

Where can I get a refund on my vouchers. I was told I can do this online but I cannot see this option on the website?

Er… this is not the Bacchus festival site I’m afraid! You’ll need to ask them about this.
I just reviewed their festival back in 2014! Also went last year, and to be honest it was worse. Very boring selection of wines, overpriced food. I won’t be going back.