Istria’s best wines – a brief round up 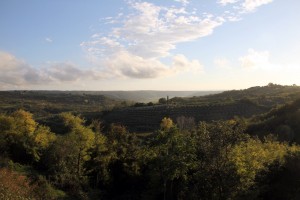 Decanter magazine’s September 2014 issue features my regional profile of Istria, arguably Croatia’s finest wine region – an area deserving a lot more attention than it currently gets. The wines and producers recommended in that article were necessarily constrained by what was available on the UK retail market at the time of writing. Here’s a more complete summary of producers and wines, designed as a companion to that piece.

Wines were tasted during three separate visits to the region between 2012 – 2013, and at trade tastings in London between 2013-2014. I then organised a blind tasting of 26 wines from 10 producers on 5th November 2013, in Eisenstadt, Austria. The wines were tasted and discussed with a small group of experts, including two winemakers (one Austrian, one Hungarian), a sommelier and a wine sales and marketing professional. The scores appear below. 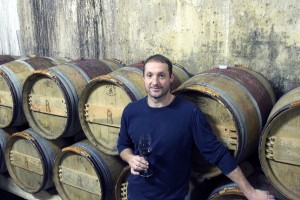 The blind tasting was limited to wines made from indigenous grape varieties, mainly Malvazija Istarka and Teran. I allowed some blends into the tasting, where they included a significant amount of one of these varieties. The reasoning was to focus on what should be the most typical, and most interesting wines – and also to keep the number of samples manageable.

There were surprises in the blind tasting results. Notwithstanding Matoševic’s importance as an ambassador for Istria, his wines showed extremely inconsistently. That said, the single vineyard Grimalda wines show real promise, and I expect to see further improvements in quality as these vineyards mature. 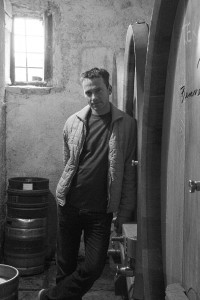 Benvenuti, Geržinić and Giorgio Clai appeared predictably high in the ratings – these are truly outstanding estates. When is Benvenuti going to get UK distribution?

Piquentum and Klabjan had red wines which performed more poorly than I’d have expected. In both cases, they were redeemed by other high scores.

Cattunar over achieved – I’d always seen this reliable producer as being quite middle of the road – however some wines really shone, and their policy of releasing the Teran late (the 2007 was the current vintage in 2013) paid off handsomely.

Here are some notable omissions from the blind tasting, which I’ve rated very highly in other tastings. 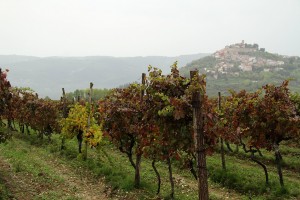 Kabola Malvazija Classic 2012, and Amfora 2009 – the Malvazija classic made my top 8 wines in Decanter after I tasted it at the winery and in London (Oct 2013). The Amfora, Malvazija aged in Georgian Qvevri, is spectacular and I’m delighted that it’s now available in the UK, from Croatian Fine Wines.

Pilato Pinot Bianco 2012 – a real surprise, this was beautifully fresh and mineral, and if anything more elegant and classy than the estate’s Malvazijas. Also available from CFW. (tasted Oct 2013)

Benvenuti Teran 2011 – one of Istria’s top Terans, the 2011 might just eclipse any other examples of this grape variety in that year. Sadly sold out by October 2013, not even a sample bottle available. I’m eagerly awaiting a taste of the next vintage.

Roxanich Ines in White 2008 – issues with Roxanich‘s availability in the UK meant that I excluded his wines from the article listings. From previous tastings, I have found this to be almost as fine as Giorgio Clai’s skin-contact whites – a thrilling, blowsy wine. However, I’m not sure if this blend is still being made.

Some other important producers 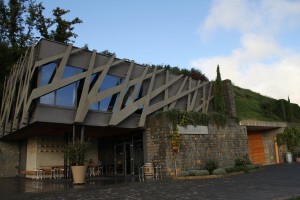 Franc Arman – Good Teran from one of Istria’s pioneers. I find the Malvazija less exciting. (Available in the UK from Croatian Fine Wines). (Tasted Sept 2014)

Moreno Coronica – probably Istria’s top Teran producer (although I think Benvenuti could give him a run for the money). When the article was written, Coronica’s wines were temporarily not available in the UK. Now they are being imported by Vino Nostro. The 2013 Malvazija is stunning – perfect varietal character, with the nutty bitterness that freshens the finish so perfectly. The Gran Teran 2008 is also wonderful, a beautiful expression of the grape, with nicely integrated oak. (tasted Sept 2014)

Moreno Degrassi – Degrassi is one of the pioneers who helped put Istria on the map in the 1990s, however activity at the estate seems to have slowed down, and the wines are not being exported outside the country, to the best of my knowledge.

Misal – Croatia’s only specialist sparkling wine producer. Outstanding quality across the range, however prices are high when you consider what they are competing against.(Champagne, Franciacorta, French Cremants, English sparkling wine). Available in the UK from Pacta Connect.

Bruno Trapan – there have been issues with consistency over the years, but Trapan is a larger than life, restless character. His wines showed well at the Vina Croatia tasting in London in 2013 – I particularly enjoyed the Revolution red blend.

Vina Laguna – producing around 2 million bottles a year, this vast conglomerate (ex cooperative) doesn’t necessarily make the most exciting wines, but they’re decent. And by far the cheapest Istrian wines currently available in the UK (via Lea & Sandeman)

It would be good to hear more about Slovenian Istra producers, but this needs research as the region is relentlessly under-promoted. 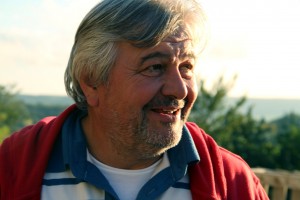 Vina Laguna has a macerated Malvazija now that I think would delight you!

No way! Jeez, who *doesn’t* make a macerated wine these days . . .
I can see I need to get back to Istria soon!

This is highly subjective as everyone has their own preferences when it comes to wines so you cannot able anything as best. It is better to try everything and then decide for yourself.

We can say it was best for us, on the occasions that we tried the wines. Of course it is subjective. It’s my opinion!