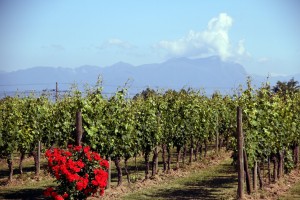 “Our wines are made in the vineyard”.

If I had a penny for every producer I’ve heard trot out this clichéd phrase, I’d be rich enough to buy a hectare of vines in Burgundy.

This statement is safely out of scope in Lake Garda’s Lugana region, an area with a singularly focused approach to both grape and terroir.

The Lugana DOC area hugs the southern edge of Lake Garda, and is unusual for focusing on a single white variety – Turbiana. There is some contention about Turbiana’s supposed uniqueness – it used to be referred to locally as Trebbiano di Lugana, which confusingly is quite different to the more widespread Trebbiano Toscana (aka Ugni Blanc, a grape considered so worthless by the French that most ends up as Cognac). 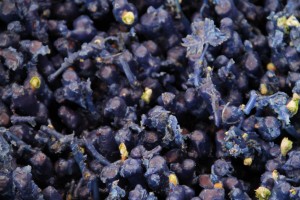 In fact, DNA profiling completed
in 2012 proved that Turbiana is more than 99% identical to Verdicchio, Trebbiano di Lugana and Trebbiano di Soave. That’s a posh way of saying they’re the same. Leaving this nomenclatorial nightmare behind, let’s get to the wine.

A plethora of styles

Turbiana doesn’t have a particularly assertive character. As a young, fresh Lugana, it can have delightful white blossom on the nose, or a more Sauvignon Blanc-like pungency. I often find a slightly nutty, bitter note on the finish – which is a positive, by the way, as it freshens the palate.

With a smidgen of oak, the texture becomes creamy and quite seductive, while Turbiana’s impressive acidity keeps the wine fresh and zippy. Two recently introduced designations cover wines that can potentially be oak aged. 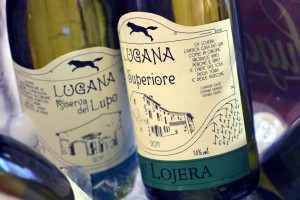 Lugana Superiore should be richer, a little higher in alcohol, and theoretically age worthy. It must be aged for 12 months before release. Lugana Riserva wines have 2 years ageing (including six months in bottle), but there is no requirement that maturation is in wood. Where producers do use oak, it increasingly tends to be subtle, with perhaps only 10-15% of barrel aged wine in the final blend.

With further designations for sparkling and late harvest wines, it’s clear there’s more variety in this Turbiana-obsessed terrain than meets the eye.

When terroir is not terroir 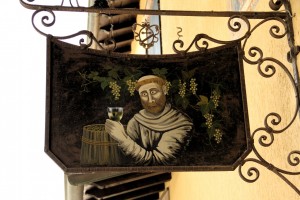 Marc Valette asserts that “l’homme” is a key part of terroir. If we accept that definition, Lugana wines are definitely terroir wines – for they are very much crafted and finessed in the winery. Virtually all of the DOC area is flatland, with undulating man-made humps designed to aid drainage of the compact clay soils.

While much is made of the importance of the soil, decisions made in the winery would appear to contribute far more stylistically. Ageing on the lees (dead yeasts), and battonage (lees stirring) are a key element for many, often helping to soften and broaden the wines.

If there is an overall Lugana “style”, it can be a slippery fish to catch because it changes from producer to producer. Taste 10 Lugana wines, and half may have what I would consider as typical Turbiana (or Verdicchio) flavours – often a hint of apricot, sometimes peach. Then there will be one where gooseberry and pineapple leaps out of the glass, or another with more appley aromas.

Some producers assert that the harvesting date is the key to this variation. Whilst that is undoubtedly influential, is it not possible that use of specific selected yeasts also plays a factor?

Interestingly, in a region where the focus is on the winemaker’s hand, there is no visible movement towards organic or biodynamic cultivation, nor for lower intervention in the winery. If anyone is edging towards this territory, it must be Paolo Passini, whose “Busocaldo”is a fascinating gross lees-aged Lugana wine with minimal sulphur.

When age is terroir 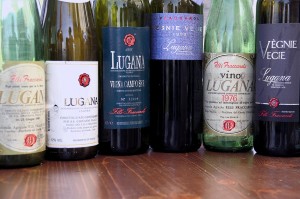 Fraccaroli wines through the ages

90% of all Lugana’s production is the young, fresh style, and it is very likely that most of that gets drunk within a year of release. This is something close to tragedy for anyone who has experienced an aged Lugana.

Turbiana can develop pronounced bready, toasty and honeyed notes as it ages, sometimes with a Riesling-like waxiness. Even humble Lugana can be wonderful after 5-10 years. Much beyond that, and it becomes a lottery depending more on whether a decent cork was used than anything else.

Lugana’s aged wines arguably show more consistent flavour profiles and discernible character than their youthful sidekicks. It’s almost as if age brings out the terroir, and dampens the overt influence of the winemaker. These are wines made not in the vineyard, but rather by the ravages of time.

The almost total non-availability of any Lugana wine older than 2-3 years outside the region is reason enough to visit the source. Virtually every producer has a few old bottles “to show the evolution”. Demand them when you visit, for tasting this years’ vintage is missing out on most of the fun.

Lugana is dominated by large producers (2m bottles a year +), many of whom focus on Valpolicella, Amarone or Bardolino. Quality even at this level of mass production is high, but here is a selection of smaller more specialist producers worth seeking out: 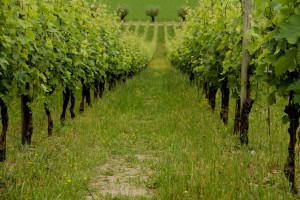 Azienda Agricola Fraccaroli (available in the UK, via El Vino)

In a future article, I’ll be looking at some of the extraordinary old wines that this region has produced.

Disclosure: I travelled to the region as a guest of the Consorzio Tutela di Lugana.

From the horse’s mouth – A short interview with Isabelle Legeron