Load of old bull – does biodynamics need to explain itself? 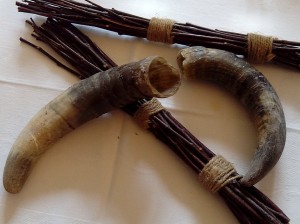 “When I taste this wine, I imagine I’m walking up the dry river bed next to the Tatou vineyard, just after the rain. The smell of the wet stones is utterly distinctive.”

This is the way that Colin Ross, vineyard manager at Seresin, likes to describe wine – no fruit descriptors, no talk of tannins, structure or pH. During a leisurely tasting at Michael Seresin’s house, Ross positively exuded his passion for the land, soil and vines. The wines were a rare delight.

Seresin needs little introduction in the UK, where it has built a strong brand. Apart from consistently individual and high-achieving wines, the estate’s also famous as one of New Zealand’s first to convert fully to organic farming. Experiments with biodynamic farming techniques began in 2000, with full conversion reached in 2007. Certification followed in 2010.

Many find the detail of biodynamic farming methods a little esoteric or hard to pin down. The headline summary (from the Demeter international site) is not so difficult to get to grips with:

“Biodynamic farming is a holistic approach to agriculture in which vitality has the highest priority… Biodynamic farmers return more to the soil than they remove in the process of cultivating crops and animals; the farm is considered as an organism in which plants, animals and human beings are integrated together.”

however here is the stuff which ignites sceptics into a blazing furore:

“…the Biodynamic method attempts to work with the dynamic energies in nature and not solely with its material needs. One aspect of this is the use of cosmic rhythms, for instance cultivation, sowing and harvesting are scheduled if possible on favourable days.”

Ross’s one day workshop in London left Master of Wine Anne Krebiehl feeling frustrated about “another missed opportunity” for biodynamics to explain itself. I attended a later tasting and discussion, so content and expectations may have been different, but I personally felt that Ross conveyed a strong message about biodynamic philosophy. 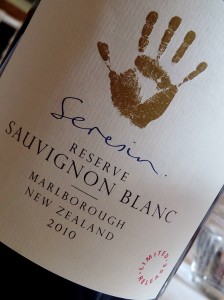 The challenge with “bio-d” (to adopt the hip vernacular) is that attempts to analyse or rationalise it according to modern scientific methodologies are liable to failure. Krebiehl suggests “biodynamic methods must be examined closely so that they can be fully fathomed and understood”, but I disagree. I’m more aligned with her when she later states “Biodynamics, as every other cause, should be judged by its outcome, not by its good intentions”.

The human experience is littered with the unexplainable, the mysterious and the illogical. Call it mind over matter, call it religion or trance. I don’t believe that every human system has to justify itself according to the narrow parameters dictated by modern science.

Consider the well-documented placebo effect, or homoeopathy – both phenomenons that have been shown to have remarkable efficacy in certain situations, both hard to fathom in pure scientific terms. 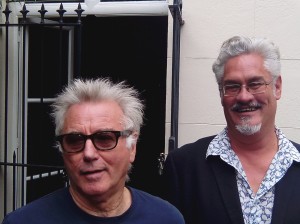 But back to Colin and Seresin: What was communicated to me was an intense connection to land and terroir. This is the very heart of biodynamics – the farm (and Seresin truly is a farm, producing olive oil, honey and vegetables as well as wine), animals and employees all functioning in harmony, not in opposition.

Ross stressed the importance of Seresin’s staff many times over. Michael Seresin made the telling comment “if we ever wavered and thought about abandoning biodynamics, I know most of our staff would leave. And the richness of what they bring is extraordinary”.

It is worth mentioning at this point that Ross is not some fey pseud trying to dress everything up in romantic ideals. Rather, a robust Aussie hailing from Margaret River, with years of winemaking experience for both conventional and organic estates.

Many have suggested that the devotion and single-mindedness required for biodynamics is what produces such good results – and who would argue with Romanée-Conti, Chapoutier, Weinbach or Nikolaihof, to name only a few great estates. I’m not sure it matters whether it’s really all down to preparation 501, or just the obsessional care and detail shown by most biodynamic producers.

To me there is nothing worrisome about a system which helps people make or rediscover a fundamental connection with craft and land. We happily accept such systems in other avenues – neuro-linguistic programming, yoga, meditation. Why shouldn’t they be equally valid in the sphere of agriculture? 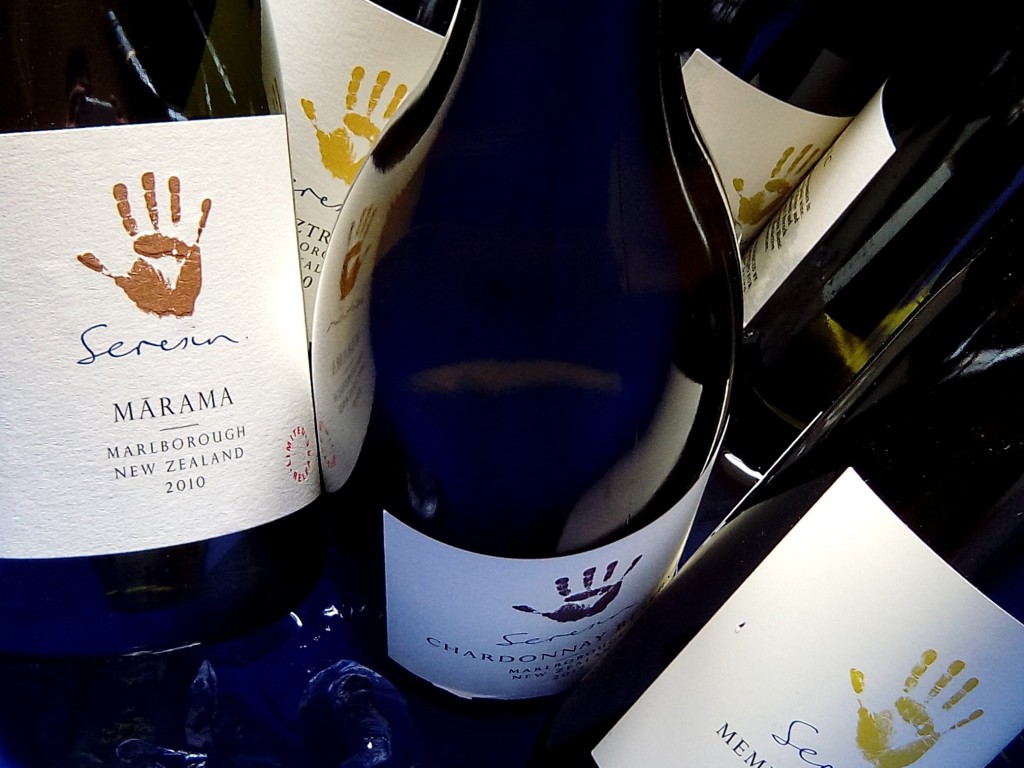 Some high spots from the tasting – hard to choose only a few!

This wine has wowed me in every vintage I’ve tasted (the first was a decade ago). It’s exciting, rich, long and gloriously vibrant. Even if you thought barrel fermented Sauvignon wasn’t for you, give this a try. Just stunning.

A beautiful fruit core, delicate and taut. Almost reserved, compared to the other whites. Long finish.

Exotic spices, chewy dark fruit, smoky and leathery. None of the overbearing opulence that I associate with new world Pinot.

Dark and leathery on the nose, but super refined, and the most delicate of all the Pinots.

Seresin wines are widely available in the UK, and distributed by John Armit wines (who also sell direct).

Wine out of context – tasting blind at DWCC 2014

I am very pleased to agree with your wholeheartedly Simon. (Been awhile actually!)

I used to get beat up for being a supporter. Then I stopped caring and explaining myself.

I thought this would speak to you Arnold! Thank you for reading as ever.
Btw do you know the wines? If not, you need to!

I drink almost no New Zealand wines so no but I”ll track them down.

I need to broaden my horizons a bit and my local (and quite fabulous wine merchants) are weak in Istria and Slovinia, Republic of Georgia and points East and yes, NZ.

BTW–having drinks with the winemaker couple from Ambyth next week. I’d like to bring them to the BYOB if I can convince myself to check any luggage.

Good wine is good wine. The obsession with how a wine is made sometimes confuses me. I like this idea that if it works, then it works. That said, I’m also annoyed when a bio-d advocate lauds it above other methods. Some Bio-d works, some is shit. Same for the rest of the spectrum.

I guess I”m just tired of the fact that so many writers and critics beat up wines based on how they are made and not how they taste.

Just found your article and want to share my thoughts. Generally speaking, I think most of bio-d wineries use this methodology as a marketing tool or as an excuse for not keeping hygiene in the winery. You wrote “We happily accept such systems in other avenues – neuro-linguistic programming, yoga, meditation”. Imho “we” is a big generalization. Aubert de Villaine, owner of DRC many times said in interviews that he see no difference in terms of result in wines since he’s started bio-d approach, the reason behind it was taking care about plants and land. Homoeopathy + placebo is different topic. Because in case of animals (they were some tests on dogs) some of these pills work, but science cannot say that with animals placebo effect exists. The question is – what really works in it? Last but not least – modern science. Just let us all don’t forget what… Read more »

Maciek, your comment that “most bio-d wineries use this methodology as a marketing tool or as an excuse for not keeping hygiene” is insulting and bizarre to say the least. Biodynamics is bloody hard work. No-one goes down that path unless they are seriously devoted. It is not a casual decision taken by a PR person – it’s a complete lifestyle change for the grower and the vineyard, that takes years of hard work before it bears fruit (literally). Generally speaking, wineries decide to “go biodynamic” for reasons of health and wellbeing for their vineyard, their works and their family, and to safeguard the future of their estate (sustainability). A side benefit is (sometimes) increased “terroir” expression in the wines. I also have no idea why you associate biodynamics (which is a farming philosphy) with lack of hygiene. Most biodynamic producers I’m familiar with take even more scrupulous card of… Read more »

Simon, apologies for misunderstanding. My first and the biggest sin was using adverb “most”. I meant “a lot”. Totally agree that bio-d is a very hard work. Especially because it requires more attention and regular activities in the vineyard, not to mention about potential risks. What I was trying to say is that wineries can easily use it as a marketing tool. Even if it means more work. Who said it’s easy shortcut for marketing success? Not me. For some mediocre wines it really might be solution “We’re not having as good products as our neighbors so bio-d might be a way to stand out of the crowd”. It’s my impression with many weird wines examples. I had several visits at bio-d estates, it doesn’t change my opinion. To me, bottom line is result. Good for them that they take so much care for land and vines. Seriously. But when… Read more »

I have never seen or heard of any evidence that a winery has “gone biodynamic” for marketing purposes. Can you provide an example?

@awaldstein:disqus what do you think about this?

In my experience, wineries looking for news ways to market themselves tend to be the ones that are not willing to commit to any strict system or philosophy. See last paragraph here: http://www.themorningclaret.com/2014/calmel-joseph-class-act/

“I’m not sure it matters whether it’s really all down to preparation 501, or just the obsessional care and detail shown by most biodynamic producers.”