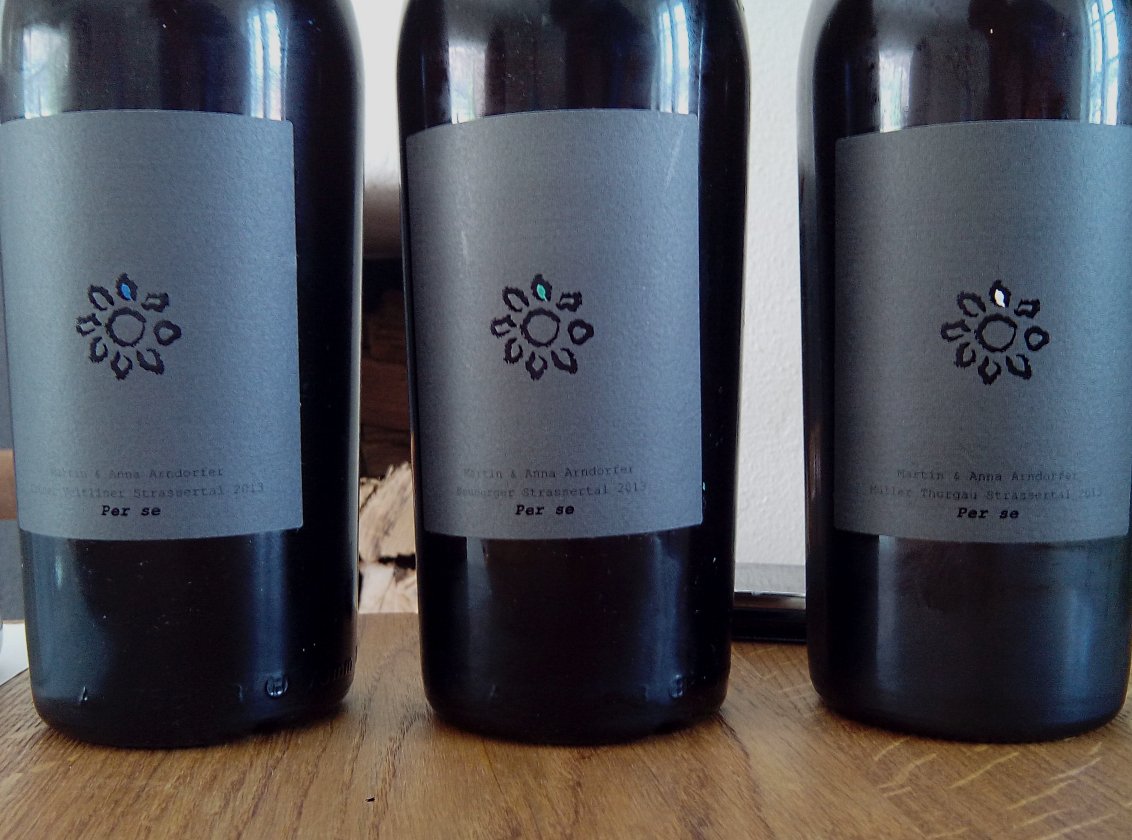 I’ve heard many stories about why winemakers have returned to traditional skin maceration for white wines – or why they were inspired to experiment with the style. But Martin Arndorfer’s is quite unique: “It was actually my Danish importer who suggested I start making an orange wine – his clients were demanding the style, and he felt it could work well with the terroir and the grape varieties we have here”.

The Arndorfers began experimenting with extended skin contact in 2012, making three varietal wines – and thus immediately confounding the notion that orange wines cannot show varietal character. It’s easy to pick out the different characteristics of their Müller-Thurgau, Neuburger and Grüner Veltliner “per se”, but for me there was a clear winner.

The Neuburger “Per se” 2013 has an invitingly earthy, almost rubbery nose, with dried herbs, woodsmoke and nuts on the palate. There’s a driving acidity which carries the wine very effectively, a surprise given that Neuburger is generally regarded as a low acid variety. Martin remarks that Neuburger’s normal tendency to be rather broad and flabby is completely changed by growing it on primary rock soils.

10 days on the skins has extracted a fair bit of tannin, but it works perfectly with the other components, and for a mere 11.5% alcohol this is very full, complex and satisfying.

I also enjoyed the Grüner Veltliner “per se” 2013, but was less keen on the Müller-thurgau 2013, which had some giveaway signs of its So2 “nakedness”. It’s worth noting that 2013 is only the second vintage for the “per se” wines. This isn’t an easy style to master, but the results so far seem really promising. 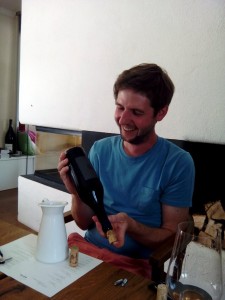 Martin and Anna Arndorfer are second-generation winemakers in Austria’s Kamptal region, close to the banks of the Danube. Martin’s parents established the 16ha estate, and their classic wines are still produced, but Martin has added a list of more individual, experimental bottlings. Everything is now vinified without the addition of cultured yeasts, and in general intervention is kept to a minimum. Martin does add a modest amount of SO2 at bottling time, apart from the “per se” wines which have nothing added.

Les Caves de Pyrene have recently started importing Martin and Anna’s wines to the UK, including at least one of the “per se” series. Keep your eyes peeled for their distinctive labels and their wonderful “Rosa Marie” – a twist on a Zweigelt rosé (they add Grüner Veltliner skins to the ferment).