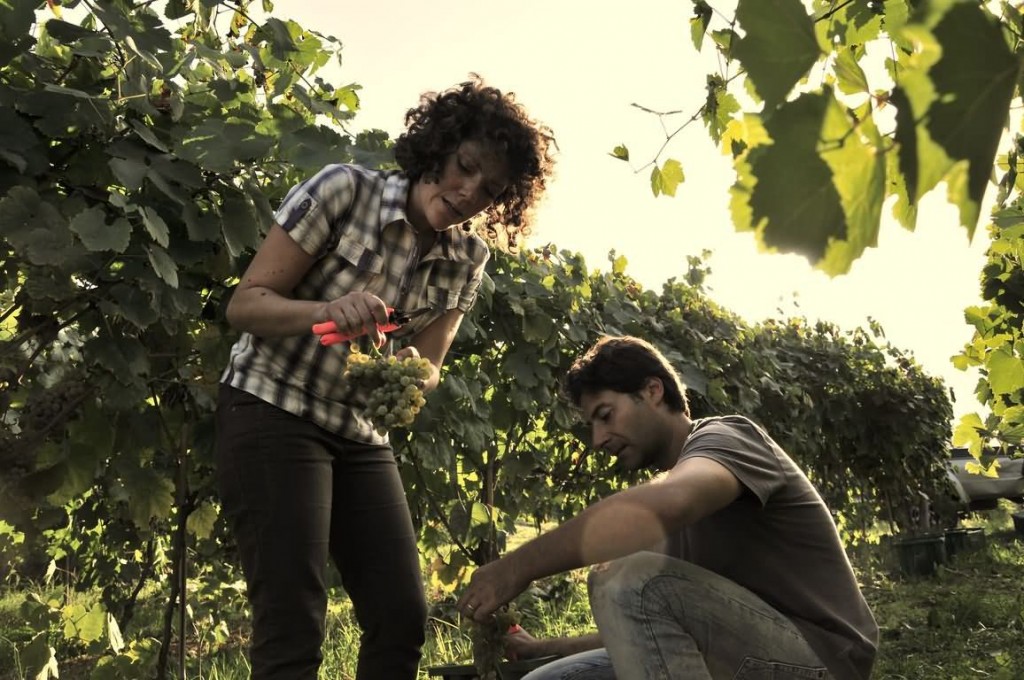 Fashion might seem like an unlikely bedfellow for wine makers, but everything from production methods to grape varieties can be subject to changing fads. Witness producers in Graves and Pessac Leognan pulling out their white varieties in favour of Cabernet and Merlot, when the red wine boom hit in the early 1990s.

Right now, amphoras are hip. So is minimal intervention, and extended skin contact for white wines. Diane Iannaccone and Mario Basco of “I Cacciagalli” in Campania do all three, so that makes them super on-trend. Any thoughts that they might be bandwagon jumpers were banished with one taste of their “orange” Fiano, “Zagreo”. It’s an exceptional wine, produced by people who know exactly what they are doing.

Perhaps this isn’t surprising, as the couple combine the knowledge of an agronomist (Diane) with the passion of a connoisseur (Mario). The couple took over Iannaccone’s family estate in 2012, promptly installing a fleet of amphorae made by a Tuscan producer. Amphora geeks will want to take a look at their website – these are handsome beasts with 21st century closures instead of the traditional wooden lids used in the Georgian originals.

The estates’s terrain is volcanic, presided over by the dormant Roccamonfina. Campania is perhaps most well known for its Aglianico, a noble red variety producing muscular, serious wines. Fiano is also typical in the region, and well liked for its richness and ageing potential. 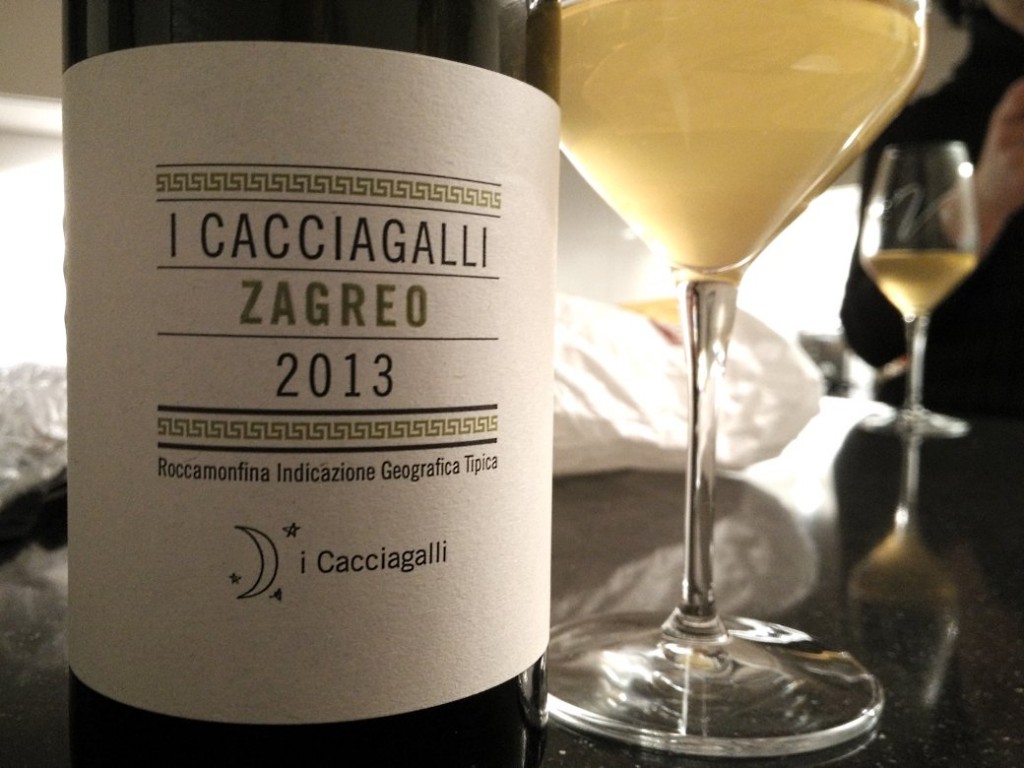 Zagreo 2013 is 100% Fiano, fermented on its skins and aged in amphorae. I guess the wine was racked off after fermentation, as I’ve been reliably informed the must was left on the skins for two weeks.

There’s serious complexity here, combined with a deft touch that seems easier to achieve with terracotta than with wood. Zagreo greets you with wild herbs, chamomile, fresh hay and thyme, following through with tons of fruit – fresh apricot, white peach, a hint of pear drops. Delicate tannins shore up the finish. I found something new with every sip, sometimes a slight earthiness, bitter almond or citrus peel.

There’s also a definitive Fiano character. The assertiveness, the generosity of the fruit, the slight hints of nuts and honey. And, I have to say, fairly low acidity, but this is completely mitigated by the tannins and the overall balance of the wine.

If orange wines had levels of difficulty, this would be intermediate – it’s accessible and inviting, whilst also delivering the goods for fanatics like me.

Buy it from one of Amsterdam’s best and most quirky wine shops, Renalda, for €23.50 or if you’re in the UK, you may be able to taste it at this year’s Rawfair – I Cacciagalli exhibited there last year.