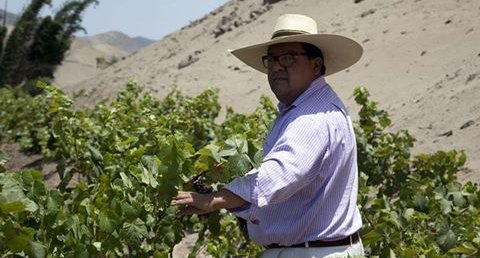 It’s very fitting that the first ever wine I’m tasting from Peru is not just anything, but rather an orange wine made in an ultra traditional style. The winemaker is José “Pepe” Moquillaza, from Lima.

Much to my surprise, there is tons of wine being made in Peru – it’s just that hardly any of it makes it over to Europe. There are roughly 23,000 hectares of vineyards in Chile’s South American neighbour according to the OIV, and although most of the harvest ends up in a fruit-bowl there’s also around 630,000 hectolitres of wine. And a good bit of pisco, the country’s traditional grape-based spirit.

Moquillaza started reviving traditional grape varieties and artisanal pisco making techniques in 2003, focusing his attention on Peru’s red Quebranta grape, which he feels holds the key to the country’s top potential. He also decided to blend two white varieties, Albilla and “Italy” (which I guess may be one and the same as “Italia”, a muscat crossing mostly grown as a table grape – Pepe refers to it confusingly as Muscat de Alejandría) and subject them to long skin maceration to create the wine he calls “Albita de Ihuanco”. 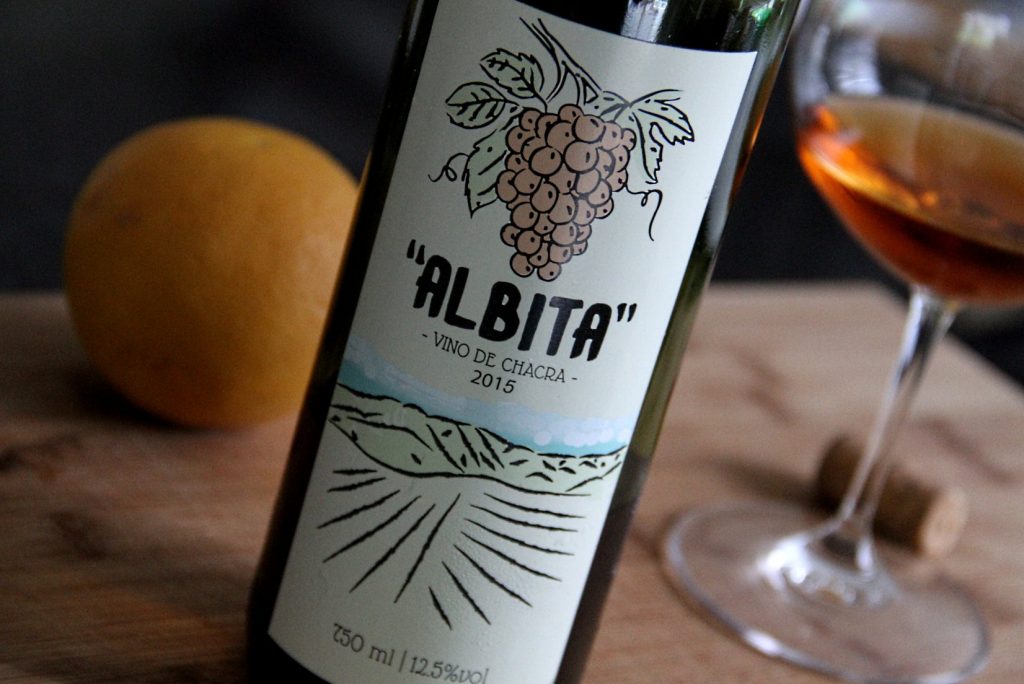 Albita 2015 is pretty strong-willed stuff. It wafts prodigously out of the glass with raisined, resinous aromas, and a herbal, earthy note that reminds me a little of some Georgian qvevri wines. There’s loads of depth and flavour, also a real feeling of heat – of baked fruit and sun. The bottle claims 12.5% ABV, but the power of this wine suggests something much higher. That said there is a hint of citrus, and a nice saltiness which keeps the wine in balance – almost suggesting sherry, but with far less oxidative character.

Pepe gave me this technical information about the wine: “This wine has 30 days in skin contact in fiber tank. For 2016 harvest we cut less mature, extend to 60 days and use oak very – very used.” – so of course now I’m dying to taste the 2016 as well.

I haven’t yet fallen in love with Albita, but I do keep going back for another sip – it is beguiling, characterful stuff. A bit of a “vino di meditazione” as the Italians say, which I sometimes think just means it’s hard to drink a whole glass. Elegant? No. Fascinating? Utterly.

I have to thank Jerzy Maslanka – engineer, wine importer to Canada and long-time reader of this blog. He introduced me to this wine, and set off a train of events which resulted in a bottle making its way across two continents to arrive here in Amsterdam. It doesn’t get any more international than that.

[…] from a combination of Italia and Albilla grapes, Albita is a rather traditionally made orange wine. Here’s what Simon Wolf said about it in The Morning Claret: “It wafts prodigously out of the glass with raisined, resinous aromas, and a herbal, earthy note […]