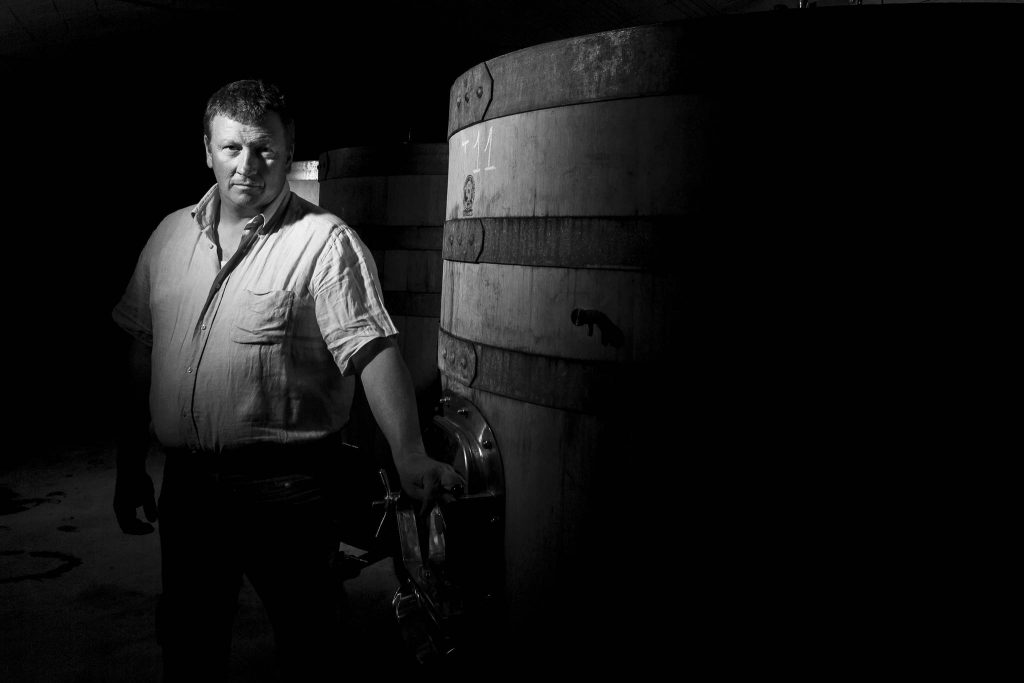 I’ve enjoyed Damijan Podversic‘s pure, focused and unshowy wines for a few years now, but never met their maker. So I jumped at the chance of a meeting at one of Europe’s largest wine trade fairs, Prowein. Our appointment was early in the morning, but Damijan and his wife Elena evidently didn’t calculate for the other 20,000 people who were also trekking from Düsseldorf’s city centre out to the Messe exhibition grounds.

So it was that I sat down with a decidedly stressed and bleary winemaker, almost an hour later than planned. Attempting to estabish common ground, I offered one of my very few phrases of Italian “Sono molto interessato alla tecnica macerata di vino bianco”. Damijan’s response was a grumpy “Maceration isn’t what makes a good wine you know.” We weren’t off to a good start.

His point was nonetheless an important one – that technique and trickery in the winery are no substitute for the painstaking work required in the vineyard. And Podversic has had to work hard to establish his small operation (10 ha), situated near Gorizia in Friuli Collio. 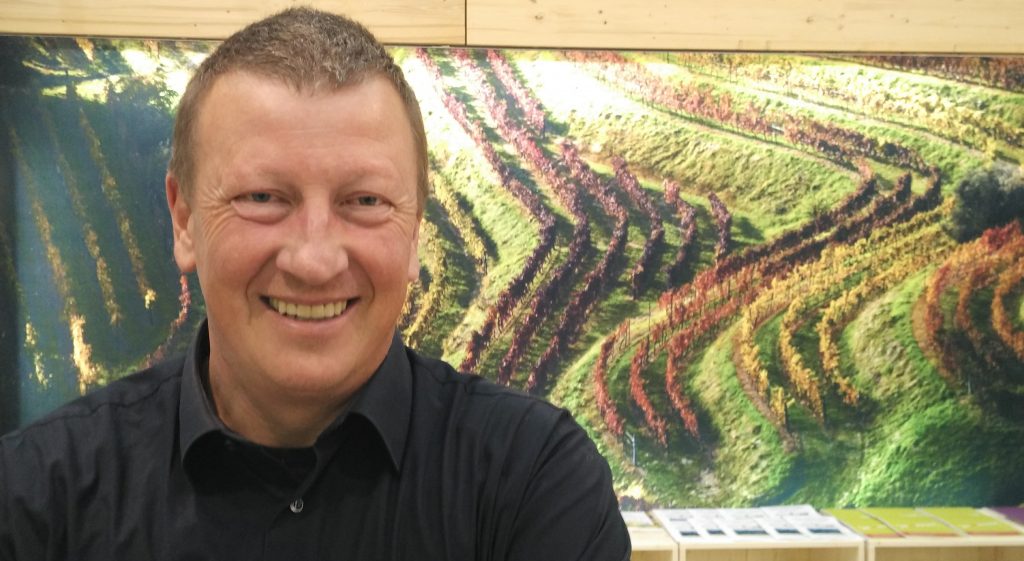 Damijan’s decision in 1999 to reject his conventional winemaking education, in favour of a more “back to the roots” style, did not sit well with his dad who denied him usage of the family’s ancestral cellar. Not only did he buy an abandoned plot of old terraced vines and bring them back into service, a new property also had to be found to make and bottle the wine.

Inspiration came chiefly from Josko Gravner, who Damijan first met in 1985 when barriques were all the rage in Friuli. In fact his 1999 vintage, made with selected yeasts and matured in barriques, secured an impressive 94 Parker Points: “People said I was crazy to change style, but I loved what Josko was doing. When he bottled his 1998 vintage [one of Gravner’s first commercially available skin macerated wines], I just understood it immediately.”

Damijan’s methods these days are simple and traditional – all the white wines are fermented in Slavonian oak vats, and stay on their skins for between 2-3 months. He’s one of a very small group of winemakers in the Collio who’ve adopted this method for their entire production, not just as a token offering. Although he admits “you have to intervene to make wine”, Damijan does very little apart from the addition of a little SO2. 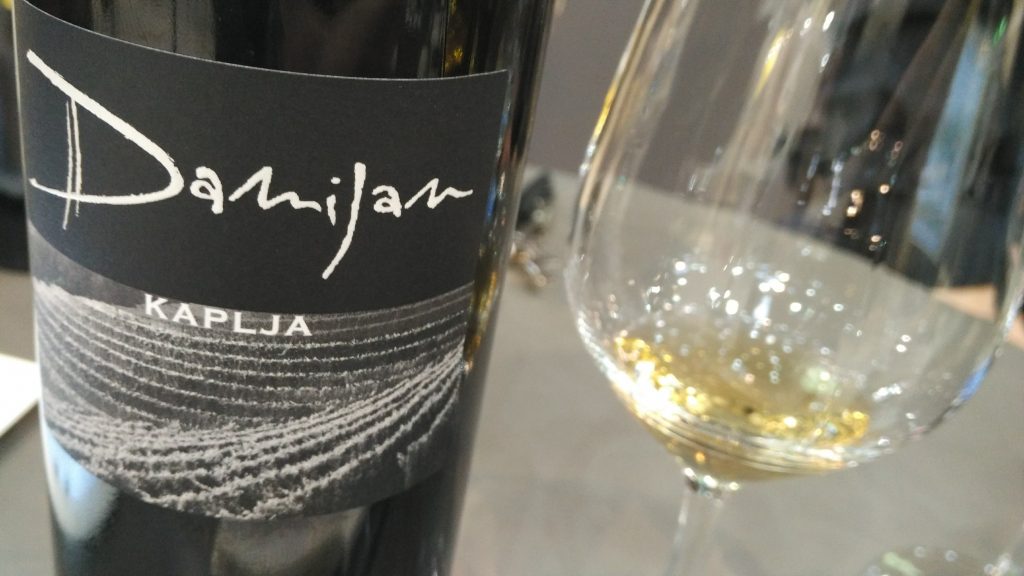 Like Gravner, he seeks a bit of Botrytis (noble rot) in the white grapes, most particularly in his white blend “Kaplja”, made from a classic Collio mix of Friulano, Chardonnay and Malvasia. Kaplja 2013 is packed with the fruity exuberance of Malvasia, and the slightly exotic aromas of Friulano. There’s a wonderful purity to this wine, like everything I’ve tasted from Damijan’s cellar. It’s no shrinking violet though – the tannic grip is robust, yet the texture and the finish are rather elegant. 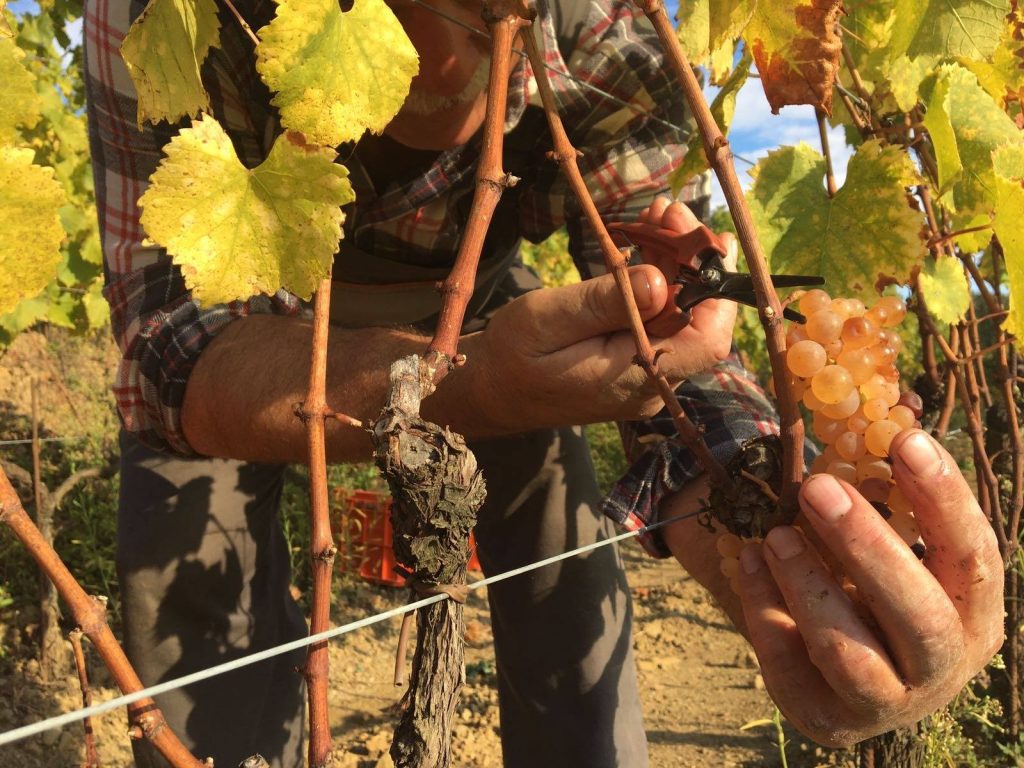 I had the privilige of meeting him and being taken into the vineyards, which was an adventure in itself. It seemed like a wild jungle ride:) To find unspoiled territory and an immense dedication which result in very elegant yet full bodied wines. I love them too! And he is great guy eventhough he might be a little bit on the fence in the beginning.