I love Champagne. But whenever I start talking about it, I fear being labelled elitist. But, but… Grower Champagne? And then there are those Champagne enthusiasts who think any other form of effervescent wine inferior. They huff and puff and turn up their noses.

I love bubbles regardless. So as a happy compromise, today I present a beautiful Crémant d’Alsace that will hopefully provide food for thought for the ‘Only Champagne’ crowd, and not alienate me from the opposite camp. I might still be called a Bobo, though.

Patrick Meyer was only 19 when he took over the reigns of the family estate in 1981. His mother took care of things after his father Julien passed away in 1967, when Patrick was the tender age of 5. This was quite a challenge, given that most would take over their family business only in their 40s. (Simon wrote about Patrick Meyer in this 2016 post.)

It was not long before Patrick started working organically on the 8 hectares in Nothalten, between Colmar and Strasbourg, and home to the Grand Cru vineyard Muenchberg of Ostertag fame. He turned to biodynamic viticulture as early as 1998, one year after Ostertag. Although there are many respectable organic and biodynamic winemakers in Alsace today (think Zind Humbrecht, who was certified biodynamic in 2002), in the mid-1980s, Patrick was considered crazy. But we all like renegades here at The Morning Claret!

As one would expect in a Crémant d’Alsace, this wine is not 100% Chardonnay. Here we have Pinot Blanc (and inevitably some Auxerrois, as the two are often mixed up in Alsace). What sets this Crémant apart from the rest is that it was bottle-aged with lees for 60 months before disgorging. No dosage or added SO2. As one would expect from the domain, fermentation was spontaneous with indigenous yeasts. 12.5% ABV. 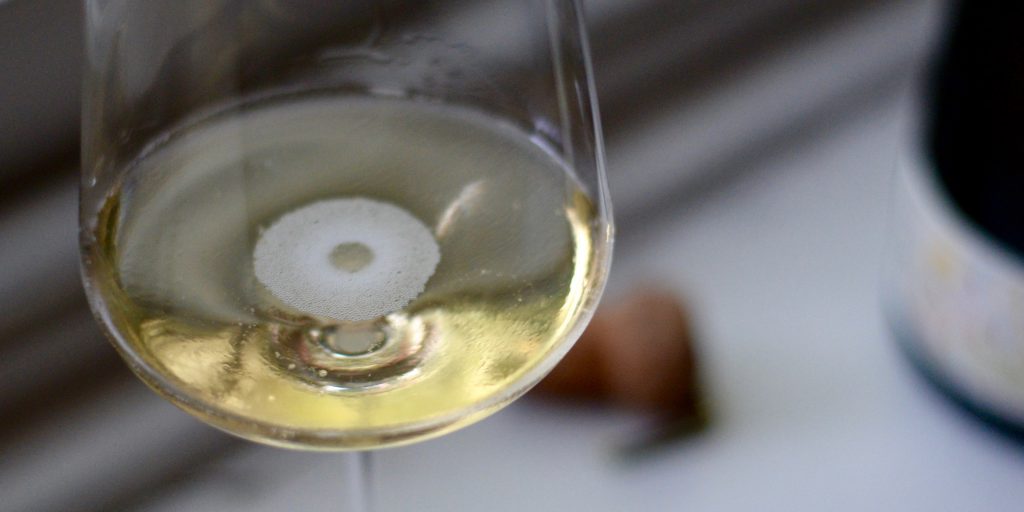 Golden apple with a herbal, peppery kick midway through. The pepperiness develops into cumin powder, before a sweet miso-pickled daikon radish finish. With some air, the oxidative notes of bruised apple becomes prominent. The freshness remains, despite the long time on lees. No oak.

Starts clean with red currant, but the vinous, oxidative nature reveals itself immediately. Sweet Fuji apple contrasts with the heavy bitterness of orange marmalade. Umeboshi pickled plums enter mid-palate to introduce another dimension of complexity. The saline umami of sweet soy sauce-boiled shiitake mushrooms slowly enters the scene towards the end, and stays there for a long time. This would make a great pairing with Japanese food.

Patrick Meyer’s oxidative Grand Cru Rieslings are definitely worth a try. See my review of his 1999 Riesling Muenchberg here.

Here is great interview with Patrick Meyer (in French) of the atmosphere around organic and biodynamic viticulture in Alsace with some photos from the property. A report of most of the domain’s lineup can be found here.

Patrick Meyer’s wines are imported into the UK by Gergovie Wines.

A toast to the Georgian harvest

Hails from Japan. Raised on German Riesling. Loves languages. Trained anthropologist. Lives in London. Data cruncher for Casio when not tasting and writing.