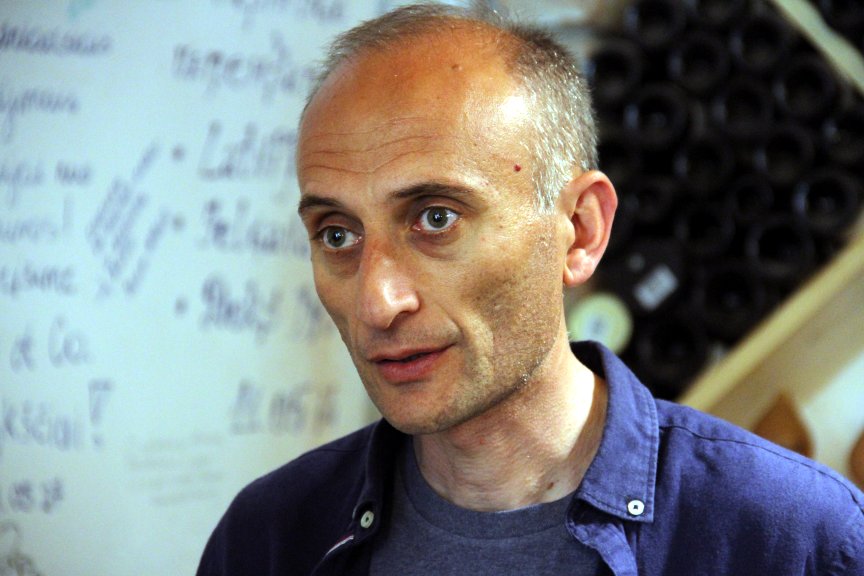 Iago Bitarishvili, founder of the eponymous “Iago’s Wine“, reveals a fascinating statistic as we chat at his small winery in Georgia’s central Kartli region. “In 2009, I decided to put together a tasting of traditional Georgian qvevri wines. I could only find four serious producers who were making these wines – I discounted myself of course, as I was organising the tasting.”

Fast forward to 2017, where over 80 winemakers were exhibiting at the popular “New Wine Festival” held annually in Tbilisi – itself an initiative of Iago’s. It gives some idea of the meteoric rise and rise in popularity of the qvevri style. Not to mention Iago’s modesty.

Many of these qvevri winemakers are very new to the market, and their inexperience often shows in the very inconsistent quality of the wines. The same couldn’t be said of wafer-thin Iago, a man who looks like he would disappear if you viewed him sideways on. Except that he never stands still long enough for that to happen.

Chinuri is one of the more important white grape varieties indigenous to Kartli, and Iago is without doubt its best exponent. His focus on the grape is absolute, inviting comparison to the Vodopivec brothers in Friuli who focus solely on their native Vitovska. Iago makes two Chinuri wines, one with and one without skin contact. 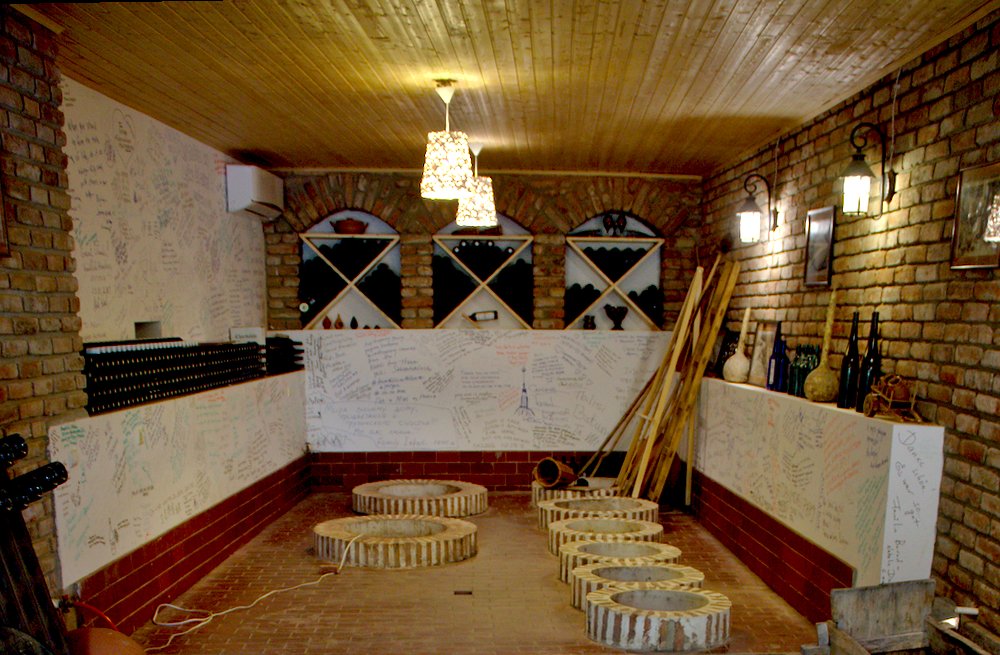 “I bought my first qvevris in 2005,” he recounts “and in 2008 I released the first skin contact Chinuri onto the market. My dad was very very angry at me, for putting all the grapes in the qvevri”. But even if Iago’s dad, who had only ever made wine in a more modern western fashion, had no faith in his son’s return to Georgia’s ancient winemaking tradition, luckily others did.

“An old friend tasted the wine and told me ‘Your grandfather made wine like this’ – and that made me really happy.” explains Iago. And the 5,000 bottles he producers every year are now always sold out by May. 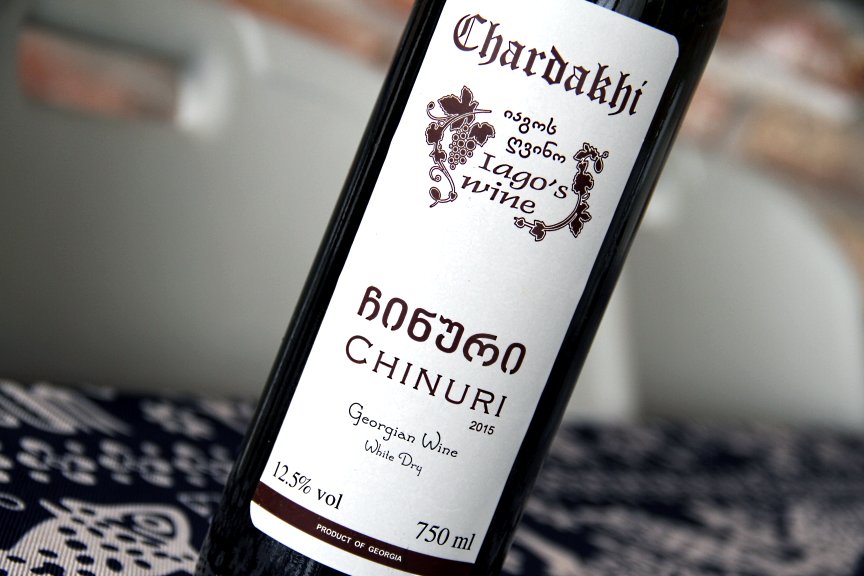 Iago’s Chinuri 2015 (with skin contact) was fermented and aged traditionally with the skins in qvevri for six months. His only intervention is a sprinkle of sulphur, bringing the total SO2 to a miniscule 28 mg/litre. Iago explains “If the whole winemaking process proceeds naturally like this, it makes a better wine. I almost never have to intervene with my skin contact Chinuri, whereas for the wine made without skin contact it often needs my help”.

This is a young qvevri wine, still very tight on the nose, but there’s a note of kiwi fruit and green apple. With the first sip, I was struck by the wine’s purity, the very fine tannins and elegant finish. The slight hint of mint is apparently quite typical. It balances wonderfully here with pear fruit, honey, dried sage, thyme and wet stone/mineral elements.

Qvevri wines are almost always fascinating, but they very rarely reach this level of finesse in my opinion. This is true fine wine making from someone who clearly works hard both in the vineyard and the winery. Iago confirmed that the soft, fine texture – even after six months of skin contact – is due to lower yields in the vineyard.

Iago has pioneered in so many ways – in 1998 he began conversion to organic agriculture, gaining Georgia’s first organic certification in 2005. “Georgia was just big wineries when I started”, he remarks, “and there was so much pollution in the vineyards after the wars”. His work has clearly acted as a catalyst, a spur for many others to renew their interest in traditional Georgian winemaking.

This is only part of the story – Iago also makes cha-cha (Georgian grape spirit), and beer according to his grandmother’s recipe. And his talented wife Marina also happens to be a winemaker, producing a delicious Mtsvane. But all this demands a future instalment. 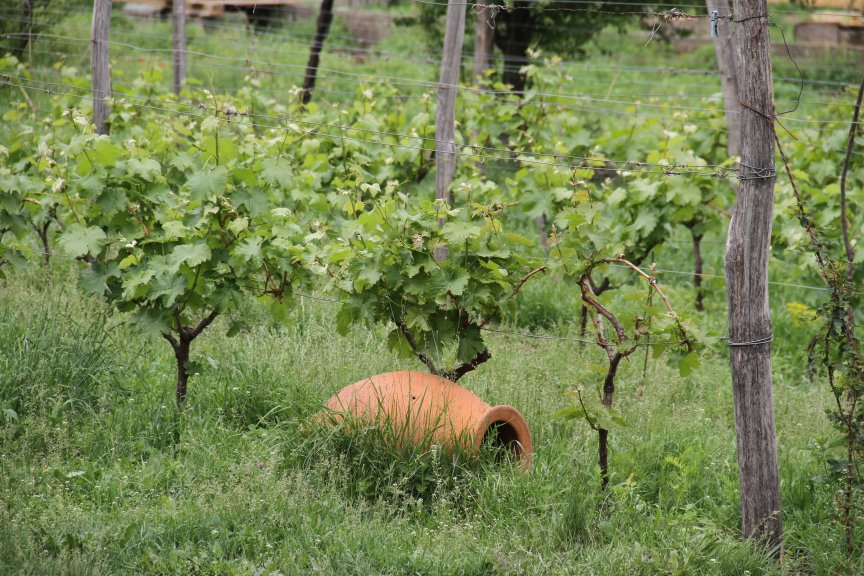 Iago’s wine Chinuri 2015 is available in the UK from The Smiling Grape Company for £19.95. Given all the love that goes into this wine, that’s a complete bargain.

I visited Iago’s wine as part of a trip sponsored by the National Wine Agency of Georgia.

My kind of winemaker.