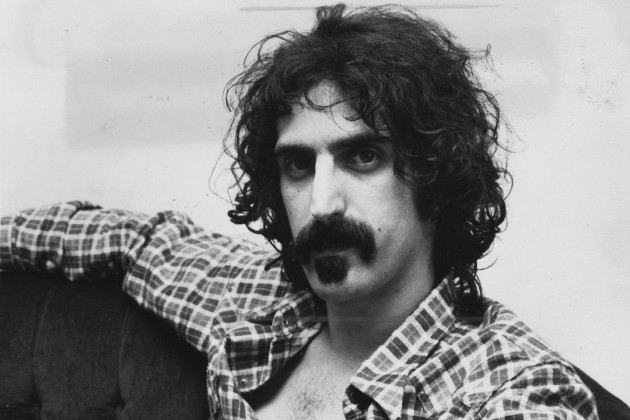 Almost every week, I select an orange wine (a white wine made with extended skin contact) that grabbed my attention. View the whole series here.

I’m wondering around a small winery in Marche’s Verdicchio dei Castelli di Jesi region. Frank Zappa pours me barrel samples of bright orange juice. Any minute now, I expect him to strap on his guitar for a blistering avant-rock solo. Then I pinch myself.

That’s not really Frank but rather Corrado Dottori of La Distesa, who bears an uncanny resemblance to the Zappa of the early 1970s: Long straggly hair, skinny frame, jazz beard. While Zappa’s weapons of choice were an electric guitar and one of the tightest rock ensembles ever toured, Dottori works with seven hectares of beautifully tended organic vineyards and some decidedly home-made open-top oak fermenters. 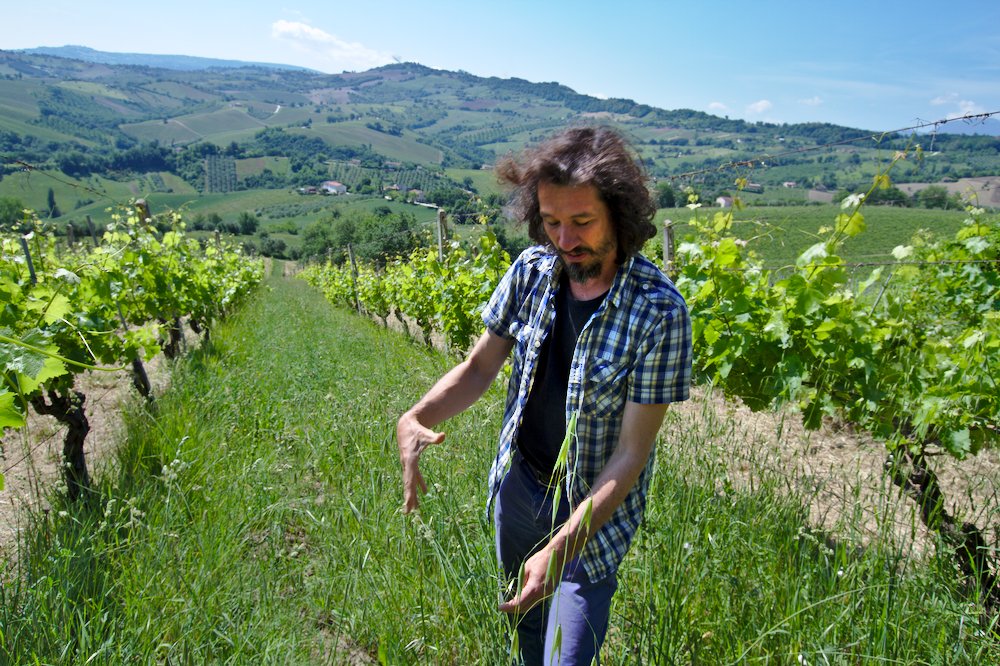 Just as Zappa (who had Sicilian roots) was one of a kind, so Dottori is unique in the Verdicchio region. He’s part of the Terroir Marche group of 16 organically certified producers, but his winemaking style and philosophy set him apart.

Whereas most winemakers in this region are focused on varietal wines – Verdicchio for the whites, Montepulciano or Sangiovese for the reds – Dottori aims for the exact opposite: “In our blends, the idea is to forget about the grape variety. Instead, I’m trying to show the characteristics of the soil and the season.”

As we taste barrel samples from 2016, and then compare them to the bottled wines from the much hotter 2015 vintage, it makes perfect sense. The 2016s are delicate, even nervy, whilst the 2015s are hotter and more concentrated.

Dottori left a first career in Milan to go back to his roots in Marche, in 1999. Committed to organic farming from the start, his winemaking style took longer to develop. He gradually peeled away the layers of conventional winemaking, to arrive at a style he describes unapologetically as “a little bit wild”. 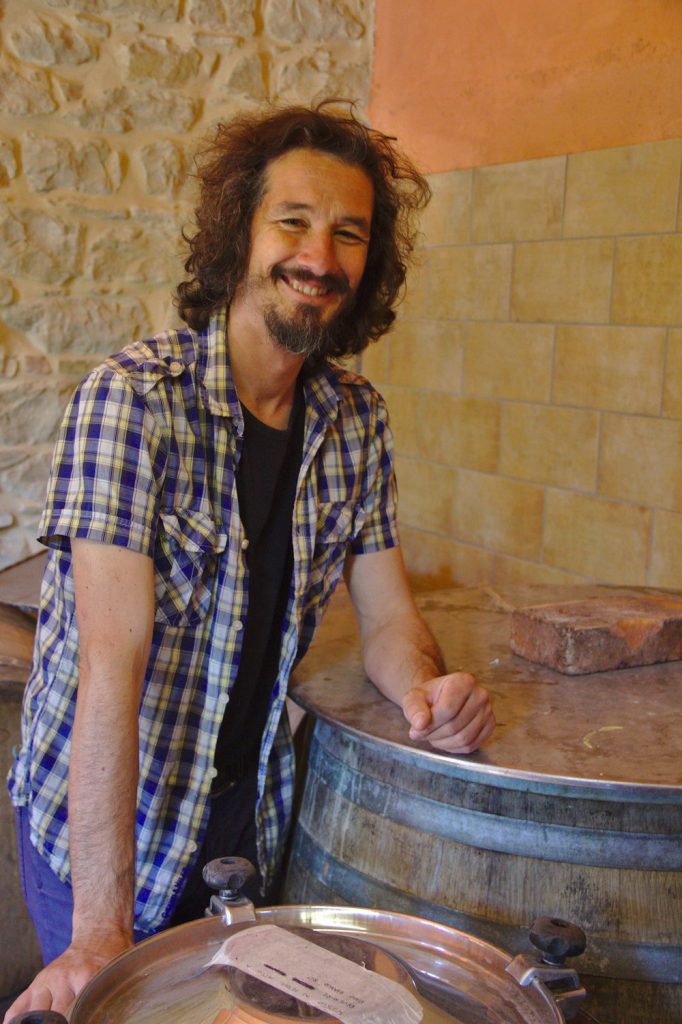 Natural wine stalwarts such as Marcel Lapierre, Angiolino Maule (La Biancara) and Stefano Bellotti (Cascina degli Ulivi) provided the inspiration: “I was completely shocked by these wines when I first tasted them”, Corrado recalls, “I didn’t realise immediately what was happening”. Nonetheless, it was clear that their non-interventionist approach held the key to more vineyard expression.

“Nur” is a token of his extreme, Corrado’s “Jazz from Hell” perhaps. Born out of a failed attempt to make a long skin contact wine with Verdicchio alone (“The tannins were too green and the skin contact exaggerated the bitterness”), Nur blends Trebbiano, Malvasia and a small quantity of Verdicchio. It’s macerated between 10-14 days, and very slowly fermented in the aforementioned open-topped barrels.

Nur 2015 is full of hay and chamomile aromas, and an appealing salty lick. Of all the 2015s, it feels freshest, with very lively citrus and baked apple fruit. Texturally, there’s grip, but the tannins are fine and not at all dominant.

Much as Zappa’s extraordinary style of guitar soloing evolved over the years, from broadly recognisable blues roots (“Hot Rats”) to the more fully formed abstract style found on “Shut up and play yer guitar”, Nur has experienced its own stylistic progression. We compare the 2006, which Dottori describes as “more the Gravner style” – tight, compact but now very herbal, figgy and nutty – to the much wilder but more open 2015, bottled with its lees and without any sulphur additions.

Corrado’s way is to combine pragmatism with a slight rebel touch. Biodynamic preparations are used in the vineyard but “not the Steiner mysticism”. Winemaking has evolved gradually, without any quasi-religious dogmas dictating the style.

Just as I’d given up hoping, Corrado climbs aloft one of the 500 litre barrels, Fender Stratocaster in hand. As he squeals into the solo for “Them or us”, the feedback is perfectly judged. It’s almost out of control, almost collapsing into chaos – but then it pulls back, revealing ever-present tightness and structure. Zappa pours me another glass, a wry smile on his face. 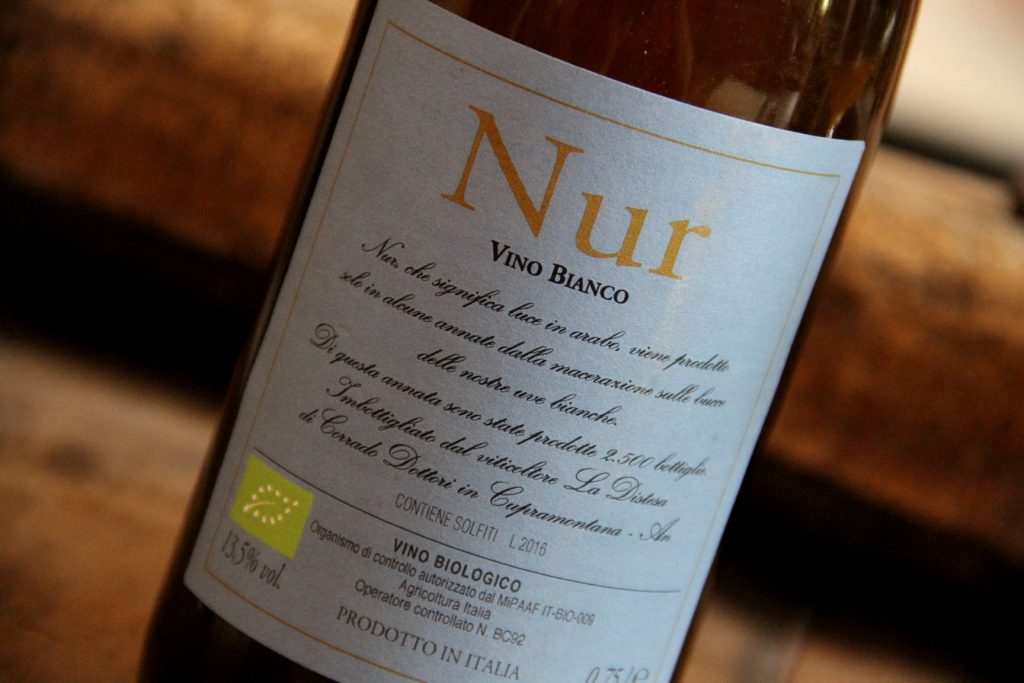 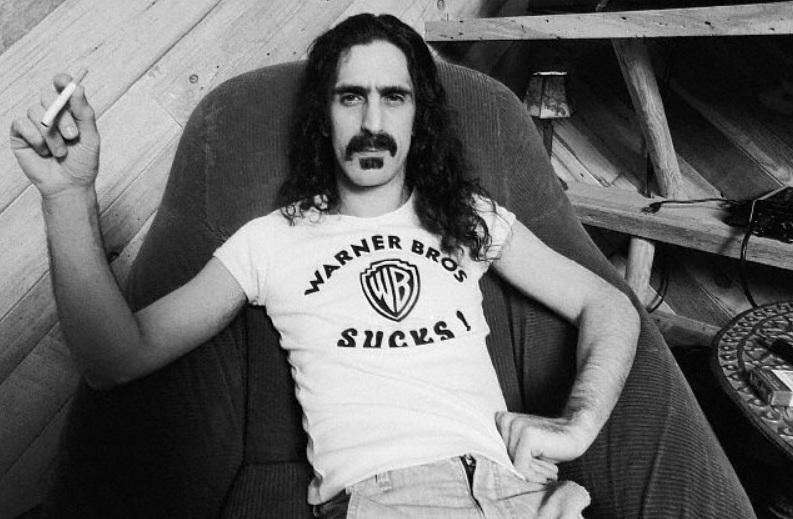 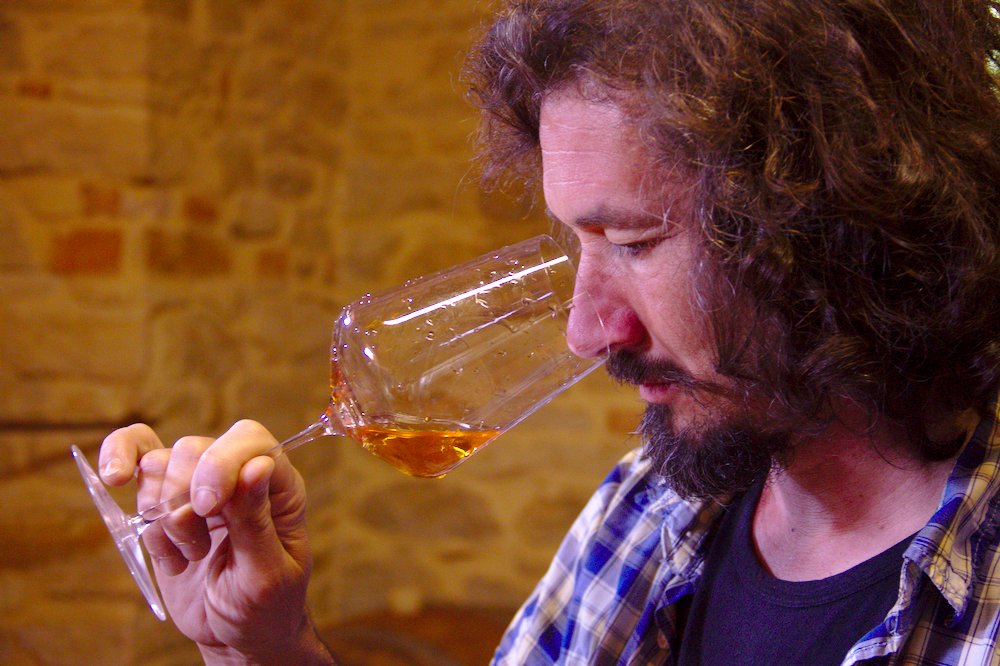 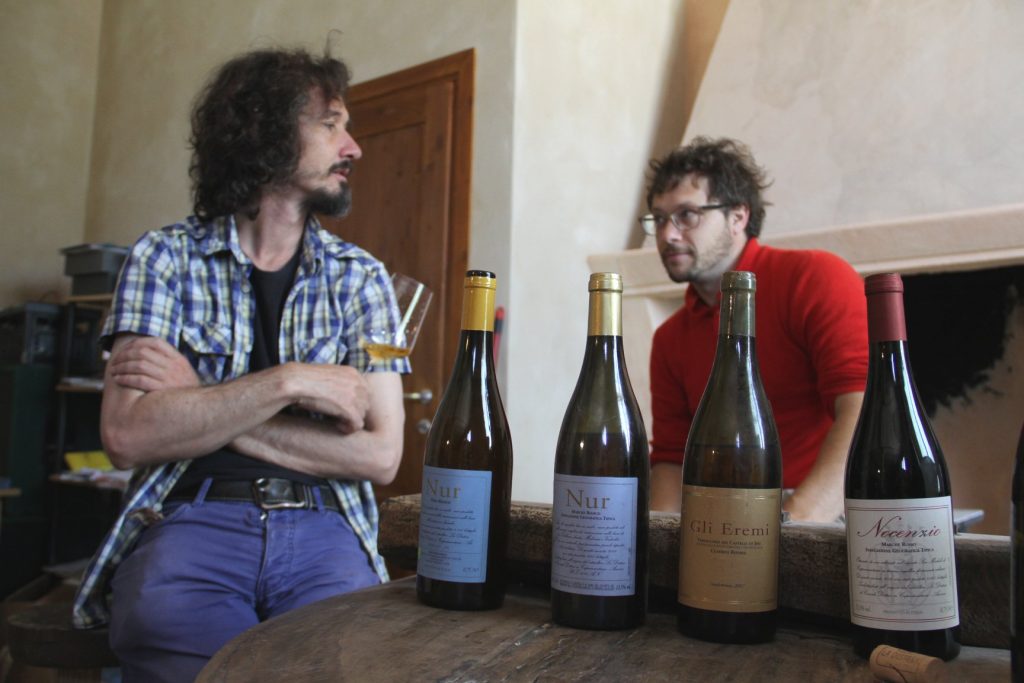 La Distesa’s wines are available throughout Europe and the US. Nur 2015 can be purchased online for €16.50 from Slow Wine in Belgium – delivery is possible to other EU countries.

No dancing fools there. Nice one Simon!

Nice place to live!
I’m sure I’ll be back.

Since I wrote this short piece I’ve been busy rediscovering my Zappa collection. Amazing stuff….

Zappa said:Modern composers refuse to die! But his life was too short. So unfair! Weird and great! So let’s don’t eat yellow snow but drink orange wine! Cheers.

It was indeed. but thank god he was such a workaholic. Enough material for 100 albums, literally.