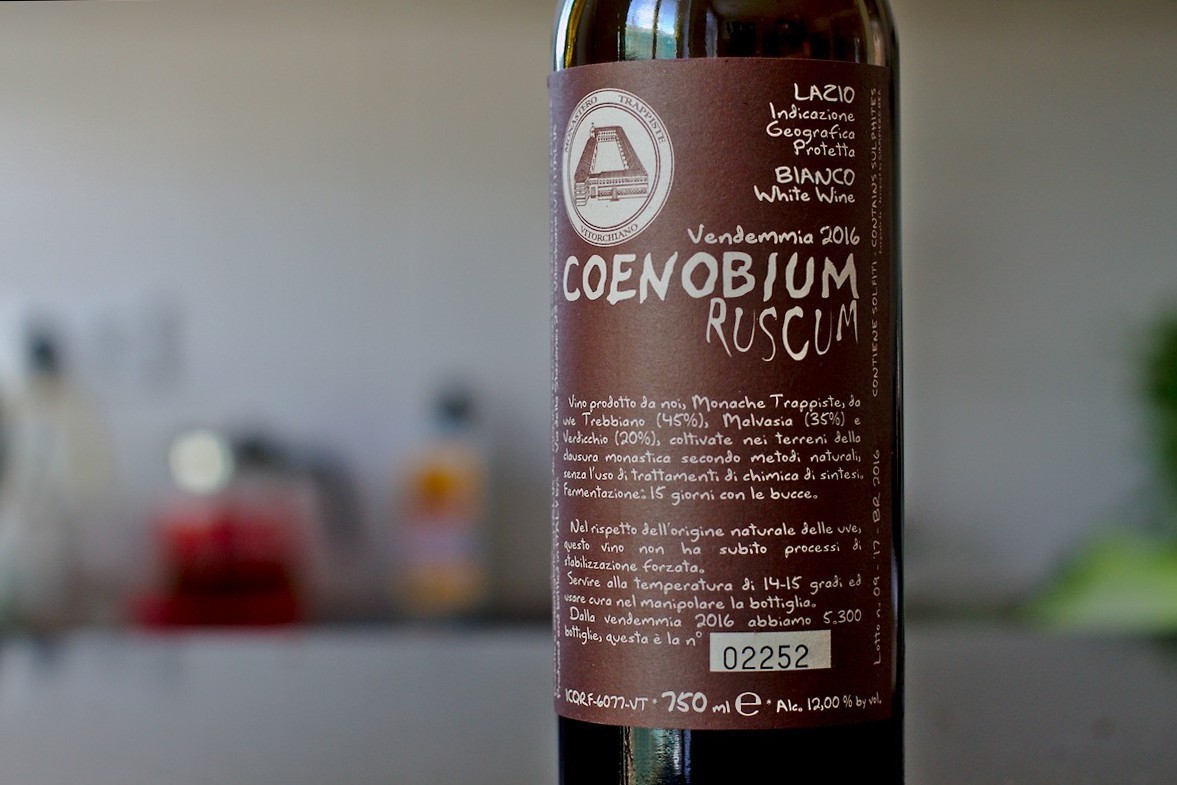 With the end of dry January (no, mine wasn’t), there’s been yet another slew of reports and discussions about the evils of alcohol. The new temperance movement is an increasingly powerful force, especially in the corridors of UK Gov it seems. Luckily, their views aren’t shared by many of the world’s most well established religious communities. Monasteries from Georgia to Belgium have created some of the most delicious beverages known to man over the past centuries. The contemplative life of religious orders obviously sits well with the patience required to make great wine – and to carefully tend vines over a whole year.

The cistercian order of nuns at Monastero Suore Cistercensi, near Vitorchiano in Lazio planted their vineyard in 1963, but it wasn’t until the early 2000s that their wines began to attract more attention. That was largely down to the employment of their winemaking consultant Giampiero Bea, who has made the wines ever since. For those who know Bea’s work at the Paolo Bea estate in neighboburing Umbria, it won’t come as a surprise to discover that he makes these wines in an ultra-traditional, hands off manner.

Coenobium Ruscum, the big brother of the lighter Coenobium, is wild fermented with the skins for around 15 days, and bottled unfiltered. Both wines are made from a blend of Trebbiano, Malvasia and Verdicchio. Pruning and harvesting is done manually by the nuns. For some reason Ruscum used to be called “Rusticum”. I’ve not been able to establish why the name was changed.

Most recently, I tried the just released Coenobium Ruscum 2016 which is scented with mint and herbs. It’s fairly light bodied given the long skin contact, with backed apple and chamomile flavours and finishing again with that beguiling mintiness. The texture is mouth-filling, but not particularly tannic. That said, this is a wine that should really start singing given a year or two more bottle age.

Most of the 5,300 bottles of this wine are sold to distributors in the USA. I was lucky to snap up some bottles from the holyart.co.uk site, at the absolute bargain price of €10, but it now appears to be sold out. Check Wine-searcher and you might be lucky, especially if you’re stateside.

Thanks to Rosenthal Wine Merchant, New York for the use of the featured image for this article.

The real story behind Georgian wine