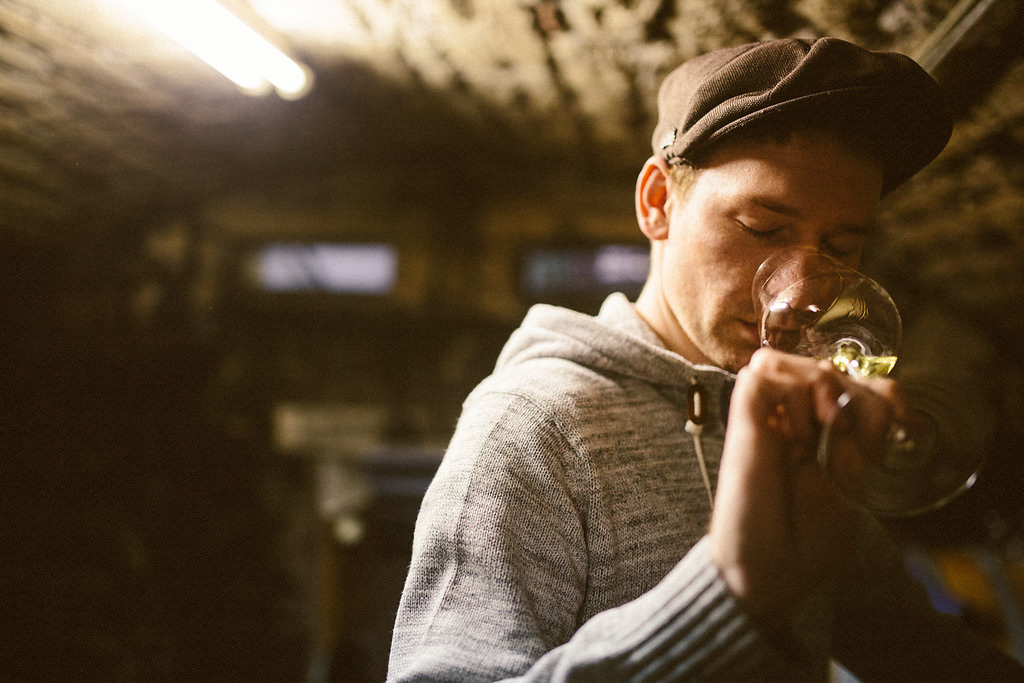 Germany isn’t a country that’s taken quickly to the orange wine trend. Compared to neighbouring Austria, which has produced a large and ever increasing number of top macerated white wines over the last decade, it’s been rather backward with this and adoption of “natural wine” ethics in general.

Times seem to be changing though, and a few German “oranges” crossed my path during 2017. One of the best was undoubtedly Vincent Eymann’s MDG #3 Mandelgarten Gewürztraminer from the Pfalz region, next to Alsace.

Eymann farms biodynamically (with Demeter certification) and produces elegant, well defined Rieslings and Weissburgunders, amongst others. Vincent has made the macerated Gewürztraminer for the last three years, but instead of releasing it as a designated vintage he prefers to age it solera style. So MDG #3 is the third release, but contains wine from all three years – 2016, 2015 and 2014.

Gewürz lovers will be entranced by the nose – it’s very floral, and quite exotic (think rose water, turkish delight). But the attention grabber is the beautiful texture – fresh and supple, with a mineral tension, a nervosity that perfectly counterparts the aromas. The flavours play more on citrus fruits with a hint of honey and fresh herbs, but less opulent than the nose might suggest. Solera ageing seems to have achieved a balance and complexity beyond expectations for such a young wine – it’s a great success, and presumably future years will only improve further, if Vincent sticks with the concept.

Maceration time varied between 4-6 weeks depending on the harvest, and most impressively, the wine is completely unfiltered and unsulphured. Its purity and definition are peerless. Vincent ages the wine in used French barriques, and the fermentation was spontaneous. 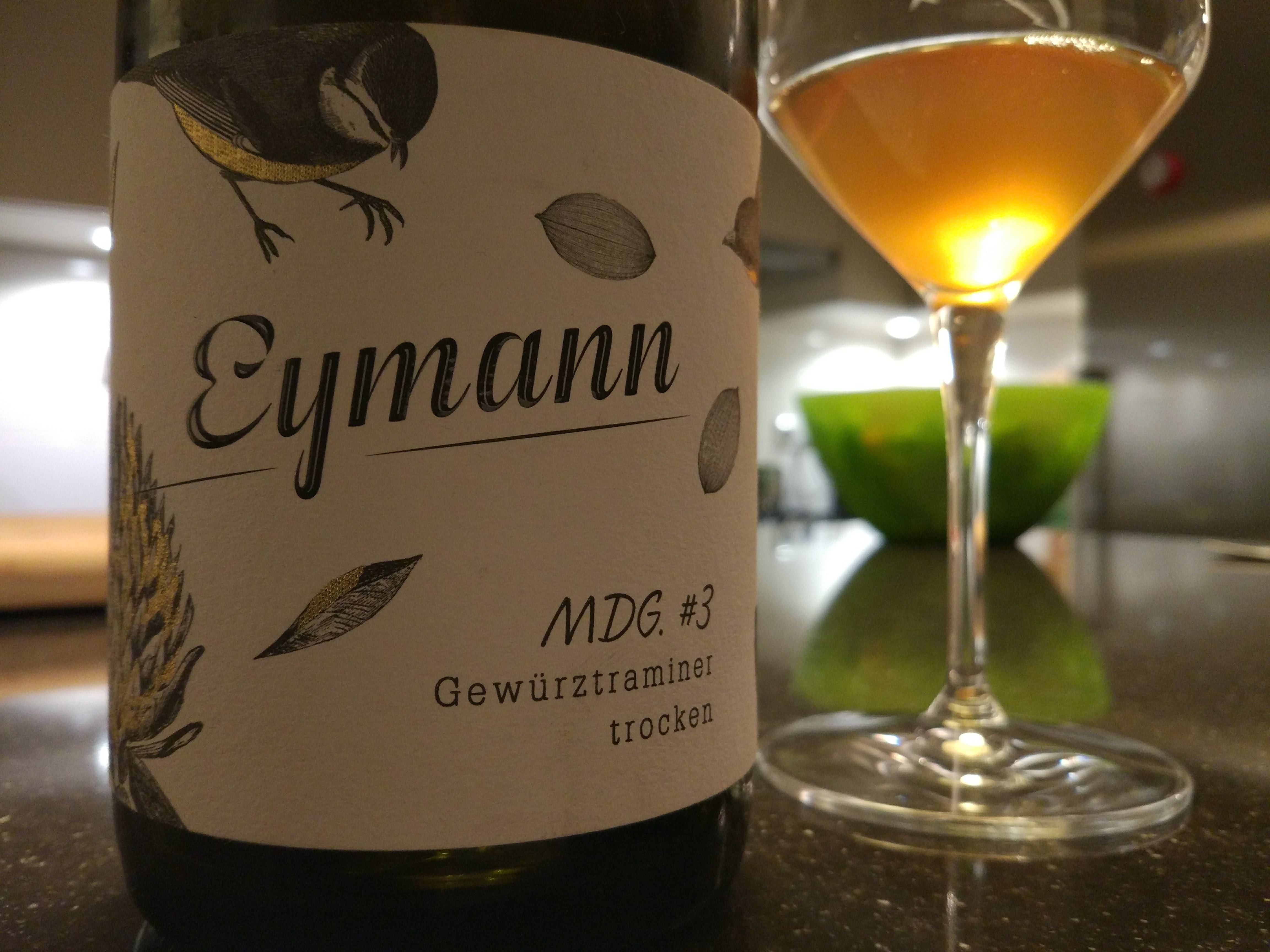 Eymann sells the wine online here if you happen to be within Germany. Other it’s available in the Netherlands, Belgium and Switzerland, price around €27.

For much more about orange wines, pre-order my book Amber Revolution here.