What dreams are made of – Le Vignoble du Rêveur

Mathieu Deiss is clearly a philosophical sort of chap – Le Vignoble du Rêveur, his poetically named project, translates as “vineyard of dreams”. It’s a nice story – Having won his spurs working along side his dad Jean-Michel Deiss (Domaine Marcel Deiss), Mathieu launched his solo venture in 2013. Taking vineyards bequeathed to him by his grandfather, Mathieu has brought them back into service and converted them to biodynamic agriculture.

The dreams are those of his grandfather, who according to Mathieu was constantly fighting for his independence – his liberté. Mathieu’s intention is to celebrate his grandfather’s ideals, and indeed the winemaking has a kind of freedom about it – doing the absolute minimum necessary in the cellar to let the grapes express themselves. Mathieu has a particular passion for macerating his white grapes, and believes if he can perfect the technique, he’ll get to a point where there is no more need for added sulphites.

His first attempt at this no holds barred natural winemaking is Une Instant Sur Terre 2016, a Gewürztraminer-dominated blend (there’s a little Pinot Gris in there too) fermented and aged in amphora for six months. The 2016s are also the first to appear with new and extremely colourful labels. In the picture below, the old label is to the right, the new designs centre and left.

Although the label admits to 14.5% ABV, the analysis shows that it was actually 14.96% (all perfectly legal and within accepted tolerances). You might think that would make for a heavy, hot experience, but not a bit of it. Une Instant has wonderful poise and balance, shored up by fairly prodigious but elegant tannins. The nose shows typical florality, with a hint of rose petals and lychee, and the fruit is spicy, nutty and already complex and long – even at such a young age. This is also one of those bottles that seems to empty itself far too quickly – always a good sign.

Mathieu currently makes three white wines that feature extended maceration. The other two are Singulier 2016, which blends Riesling and Pinot Gris (with 10 days of carbonic maceration) into a fresh, lively cuvée which leaps out of the glass, and La Vie en Rose 2016 – also Gewürz, also subjected to carbonic maceration, but far less successful and more leaden, at least in my opinion.

Where Une Instant and Singulier really triumph is in their laser-like precision and focus – the best loved qualities of classic Alsatian wines. The styles may be less usual for the region, but that doesn’t stop the terroir speaking like a dream. 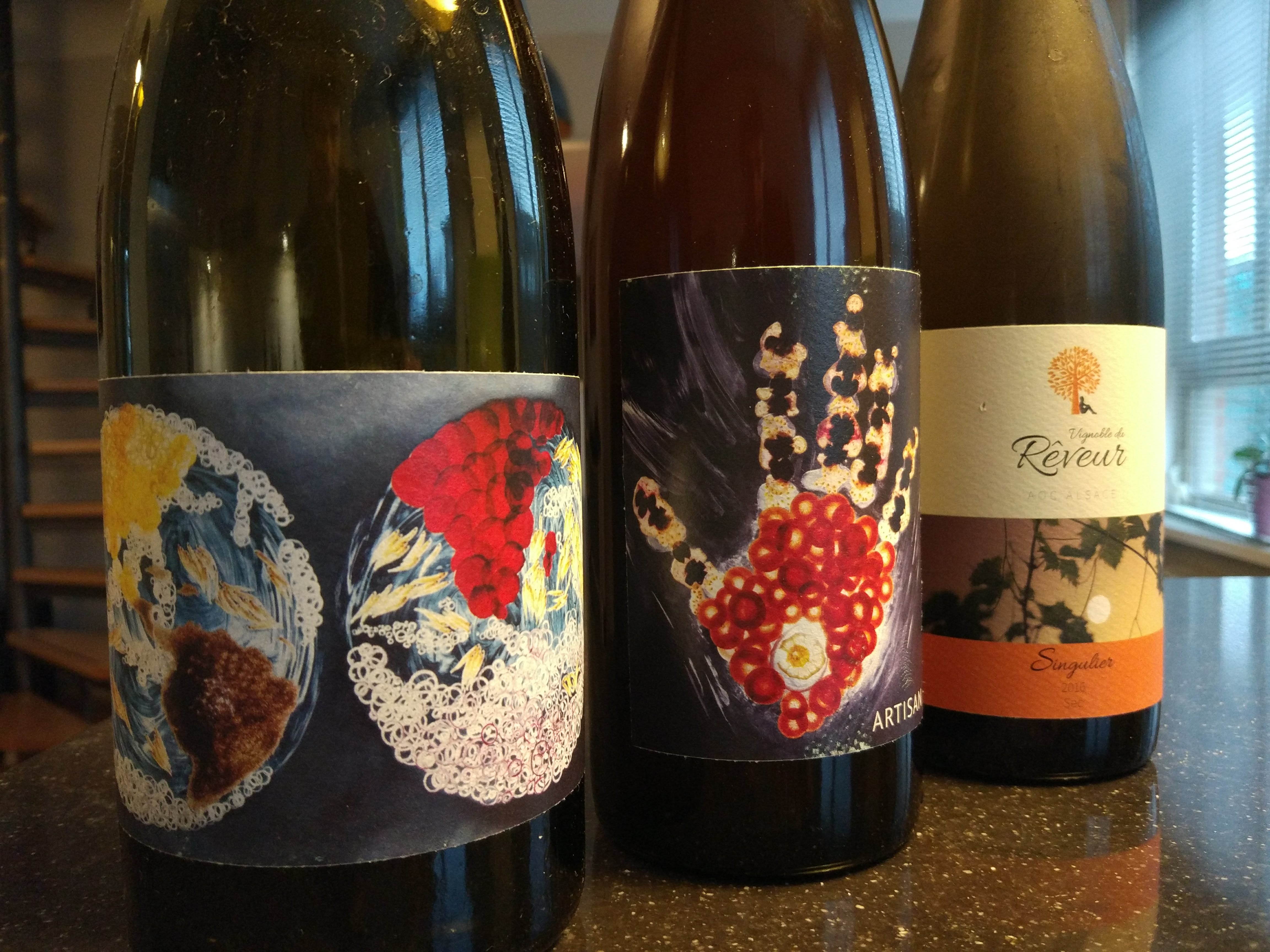 Buy Une Instant Sur Terre in the Netherlands from De Bruijn Wijnkopers (currently on offer at €23.75). Roberson is the UK importer, and still appears to have stock of Singulier 2013 for a very reasonable £20.