Is orange wine really an ‘assault on pleasure’?

I resisted writing this for a whole week. As the author of a book on orange wine, my twitter timeline was bound to start filing up when The New Yorker published a rant taking my favourite wine style to the cleaners. But despite many provocations, I took the advice of a colleague – effectively, don’t feed the trolls.

The piece wasn’t written by a wine critic, but by seasoned fashion, film and lifestyle journalist Troy Patterson. It has prompted a huge amount of discussion and a parry of counter-attacks in august publications such as the San Francisco Chronicle and Grub Street. I can resist no longer (sorry Damien), I am compelled to bellow into this cramped echo chamber and add my $0.02 (For my European readers, that’s €0.018 at the time of writing).

So what exactly is the problem with Patterson’s piece? As a colleague argued when I tried to trash it, it’s eloquently written, and clearly researched and fact-checked. Well, yes and no.

The issues start with the headline (which admittedly may not have been written by Patterson himself). Orange wine is yet again dispatched as a “fad”. Never mind that this has been the default method to make wine from white grapes for over 8,000 years in the Caucasus, and certainly for many centuries all around the Adriatic. Slagging off orange wine is the fad, actually. Not the beverage itself. And Patterson is about a decade late to that party.

Just a couple of paragraphs in, and we’re flailing around in the familiar quicksands of natural wine and orange wine conflation: “orange wine has been becoming a thing—a trend, a movement, a totem of correct taste”, or “The intrinsic emphasis on abstruse methods of production and challenging nuances of terroir suits going fashions for the sustainable, the ‘authentic.'”

Let’s be clear: ‘orange wine’ describes a technique, that of making a wine from white grapes where the skins are included in the fermentation. ‘Natural wine’ on the other hand – what Patterson is really getting his teeth into here – is an all-encompassing philosophy of making wine with the minimum possible intervention, in both vineyard and cellar. 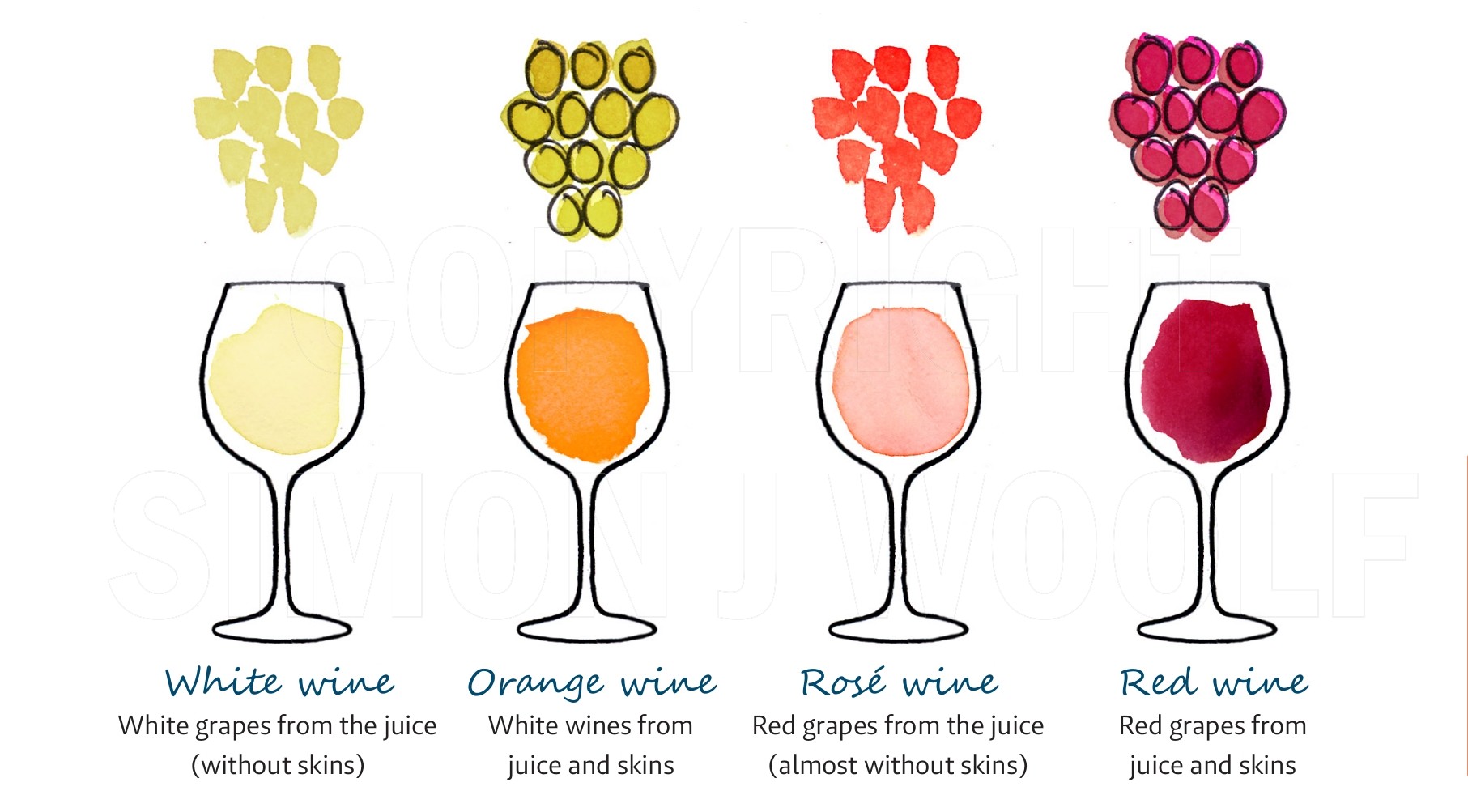 Enough of the factoidal nit-picking. The biggest issue I take with Patterson’s rant is that it feels puerile and embittered. It reads a bit like natural wine hating Jay Rayner channelled through supercilious Frasier Crane. As he repeatedly bemoans that orange wines are too acerbic, austere instead of pleasurable, his argument is essentially a redux of: “I tried it and I didn’t like it. So it must be bad” – rather like a child who tastes coffee or beer for the first time, spits it out and proclaims it disgusting. Patterson implies that he doesn’t want challenges or new experiences when it comes to beverages – which surely isn’t ideal for a critic. Does he really believe everything that wine has to offer can be understood in just a few sips? Some styles take more time to reveal their magic.

Furthermore, his argument makes little sense if it is extrapolated – Tannins? Bad. Acidity? Bad. Unfamiliar flavours and aromas? Bad. What if he’d picked on young Barolo for being an assault on pleasure? It’s also often brutally tannic and high in acid, needing time and patience before the best bottles are ready. No-one would have taken this seriously, because it pertains to an established tier of fine wine’s hierarchy. But orange wine is the perennial fall guy, even after a decade or more of suffering similar putdowns and despite making extraordinary inroads into the wine world, appearing on restaurant and wine bar lists the world over, being produced by thousands of winemakers in over 30 countries worldwide and even getting a mention in the latest syllabus for the Wine & Spirits Education Trust.

And it should be said – the exponential growth in the number of orange wines produced, bought and sold worldwide has occurred because people enjoy drinking the stuff. Beard stroking hipsters in New York would not have achieved this on their own.

There are plenty of venerable wine styles that are harder to understand – more of an acquired taste, a niche pleasure. Step forward vin jaune, dry sherry, off-dry Riesling, Colares Ramisco, All have their roots in tradition, their audiences and their passionate fans. All provide drinking pleasure for those that know and love them. Patterson implies that no-one would drink orange wines for enjoyment’s sake – but rather just to score hipster points (“the pain inflicted by the flavors of some extreme beverages is the whole point of them”). He couldn’t be more wrong. I am not alone in deriving pleasure and stimulation from orange wines and natural wines of all hues and weights. I also genuinely enjoy kombucha and sour beers – and I drink them at home, even without posting them on Instagram. Sizable communities of wine and beer drinkers worldwide share my passion and my preferences.

As the diagram above suggests, orange wine represents 25% of the possibilities in wine. The variety of flavours, textures and characters are every bit as broad as those for white or red wine (I hesitate to claim the same for rosé, even if it is theoretically true). Orange wines can be light and aromatic, full bodied and fruit driven, tannic and austere – and all points in between. Patterson even alludes to this mid-way through, but still goes in for the kill. Perhaps his editor was baying for clickbait that day?

The damning of an entire universe of wines as “an assault on pleasure” is no more or less ridiculous than saying “white wines are acid bombs with no depth or complexity” or “red wines are overbearing, heavyweight and tannic”. It serves no purpose other than erecting a straw man, and waiting to see if anyone has the guts to knock it down. Would Patterson have played bully boy with a more established wine style? Almost certainly not. Orange wine is an obvious and easy target. Only the die-hards (guilty as charged) will fight back.

Patterson is the winner, of course. His trashing of this wonderful wine style was probably read by upwards of half a million people. My response will be read by a few hundred at best. But at least I got this off my chest.

The earth is burning, this is not a drill

Why I’m doing #MyJanuary instead of #DryJanuary

Simon, I had been patiently awaiting for your response to this article. I completely agree with you. The article is written as an opinion piece by someone who isn’t well informed on the matter. He makes blanket statements about orange wines yet, really hasn’t tried that much. Although he does admit to liking one, he still bashed the ENTIRE genre of orange wine. I can absolutely appreciate a good well written opinion price, however that article in the New Yorker was anything but. Hopefully going forward they’re more selective in whom they chose to write pieces like that

Thank you for waiting! In some ways the article is not really trying to be informative, it’s just trying to entertain. But it’s still annoying as hell, for the reasons you mention.

Skin contact white wines made for thousands of years? This is an hypothesis not a checkable fact. No evidence of such a thing neither in greek or roman writings nor in archeological discoveries.

It’s not a hypothesis. We can be fairly certain that in the republic of Georgia, both white and red grapes have always been fermented in qvevris (large amphorae buried underground), partly due to the archaeological finds of Patrick McGovern – shards of a qvevri with grape seed deposits, which were later analysed to be vitis vinifera (ie: not wild grapes). These shards were dated to c. 6000 BC This has been widely reported but see https://www.nytimes.com/2017/11/13/science/georgia-oldest-wine.html and also https://www.news.com.au/technology/science/archaeology/evidence-of-the-worlds-oldest-known-winery-has-been-uncovered-in-georgia-and-its-8000-years-old/news-story/74afe0e23acd48eabd9dd875092a9671 – note the suggestion that the wine was probably white, and also that it would almost certainly have been produced in the same traditional way that Georgians still make wine – ie: grape pulp, skins and seeds all placed in the qvevri. In Europe, it is more difficult to trace back such a long period, but there is plenty of evidence that skin contact white wines were produced in central Europe… Read more »

[…] Simon J Woolf responds to the New Yorker article about orange wine. “Patterson implies that he doesn’t want challenges or new experiences when it comes to beverages – which surely isn’t ideal for a critic. Does he really believe everything that wine has to offer can be understood in just a few sips? Some styles take more time to reveal their magic.” […]

[…] Is orange wine really an 'assault on pleasure'? Simon Woolf breaks his silence. […]

[…] Is orange wine really an 'assault on pleasure'? Simon Woolf breaks his silence. […]

Wine News: What I'm Reading the Week of 9/15/19 - Vinography: A Wine Blog, Food and wine adventures in San Francisco and around the world.

[…] Is orange wine really an ‘assault on pleasure’? Simon Woolf breaks his silence. […]

Late to the conversation, but can we also address the fact that Patterson is effectively telling all of Georgia, Armenia, Azerbaijan and the rest of the Caucasus that they have no taste? Tone deaf to say the least. You don’t have to like it, but that’s plain old irresponsible writing.
If I hadn’t already dismissed the New Yorker as a source of fluff and ad-hoc controversy, this would have done it for me.

I guess Patterson wasn’t writing for wine geeks – but rather for entertainment purposes.

But yep, I wouldn’t disagree with anything you say!