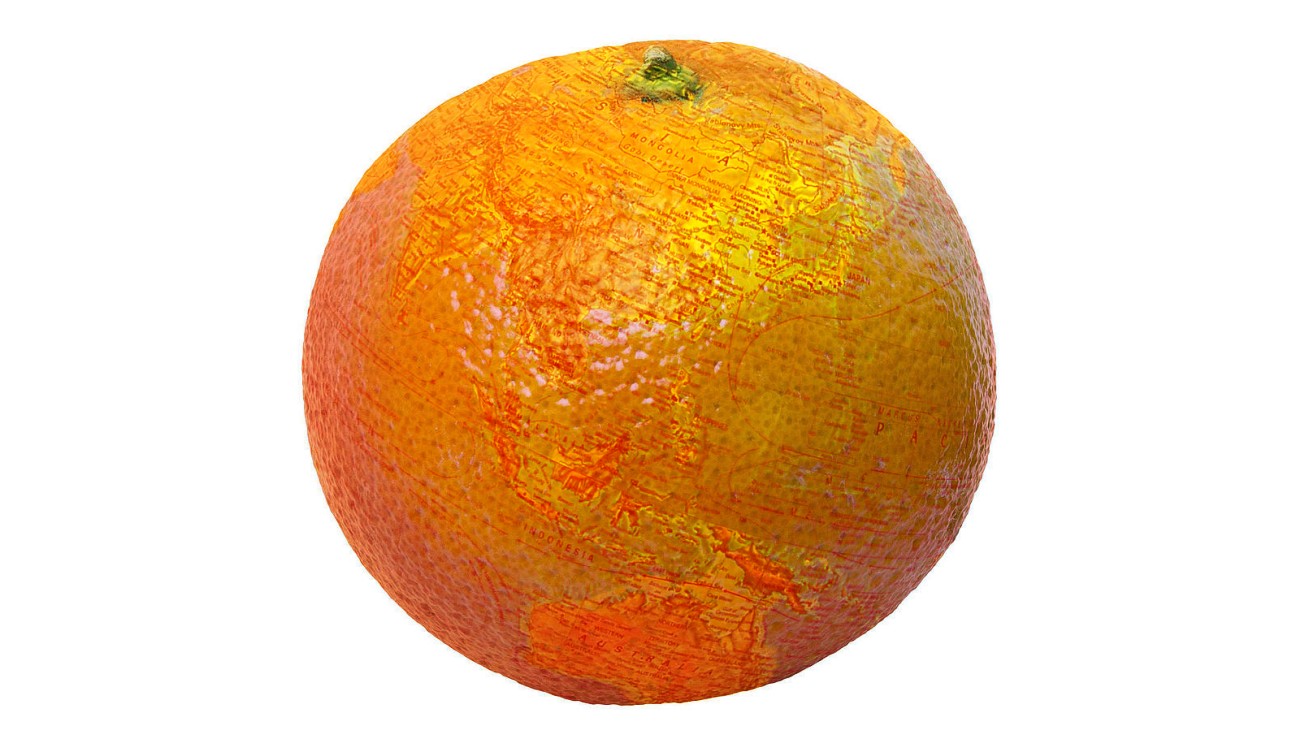 Orange wine is certainly full of contrasts. It provides a connection to the origins of winemaking and millenia-old traditions in countries like Georgia, yet it’s also a swiftly growing trend that has now reached every part of the wine-making world. In that sense, it is the most modern of wines, a product that has established itself because of our highly interconnected planet, where winemakers and fashions travel far and fast.

Visiting South Africa in the fall of 2015, I met a fantastic group of winemakers collectively known as the Zoo Biscuits. I tasted a delicious 50% skin-contact Craven Wines Clairette that was about to ship off to Québec, and started chatting with Mick Craven, who makes the wine with his wife Janine. Mick, it turns out, is Australian, and met his South African wife in California, making wine with Matthew Rorick of Forlorn Hope Wines, a winemaker who has been making orange wines for several years, including a pinot grigio called Ramato – a clear nod to an old northern Italian wine-making tradition. That’s four continents connected by a wine-making style, and the relative ease of doing internships in another hemisphere, to learn something you couldn’t have learned at home.

orange wine could almost be seen as a standard-bearer for globalisation.

Although recognition for the style has been around for a good couple of decades, skin-contact white wines have spread like wildfire over the last five years – hey, there’s even a book about the stuff! Nowadays, there are skin-contact whites being made in Australia, Canada (Ontario has an official appellation of origin for them), California, France, Austria, Slovakia, Vermont and more. Everywhere wine is made, someone is fermenting white grapes on their skins.

In that sense, orange wine could almost be seen as a standard-bearer for globalisation.

Globalisation might usually bring to mind Google and Apple, international mining conglomerates and billionaires moving money to offshore havens. But the forces that promote large scale globalisation are the very same ones that have allowed a wine-making style to blossom so quickly, and to be enjoyed and discussed from Brooklyn to Montreal, Copenhagen to London and beyond. Qvevris are buried in the ground in England, France and North America because of the relative ease with which they can be shipped around the world, not in homage to any local earthenware or oenological traditions.

Part of a modern world

The emergence of skin-macerated white wines, despite their primeval aura and image, connection to tradition and natural wine-making, is a modern phenomenon. It’s found success partly because anyone can hop on a plane to France or England and taste Australian, Californian, Italian or Georgian wines in large caves dug out of limestone in the middle of the Loire Valley. Those same people then return home to imitate or promote the wines, after they’ve been shipped in steel containers, along modern international trade routes

It’s undoubtedly positive to see people experimenting with the approach (partial skin contact, long and short macerations, amphora or barrel ageing, whole-bunch fermentations, orange pet nats, etc), and to watch the rate at which the know-how is spreading. Skin-contact expands the range of experiences that wine can offer. It is, for example, a fabulous tool to transform the white, cold-hardy hybrid grape varieties of North America into truly delicious wine.

Still, as natural winemakers and the writers, buyers and customers who love them tend to be keen travellers, it’s worth pausing to think about topics such as carbon footprint. Whether it’s grown organically or not, made according to ancient methods or not, wine still has a significant environmental impact, as bottles and pallets are produced and shipped around the world, and people in the wine trade fly around the globe to visit vineyards or show their wares.

Orange wines – and natural wines in general – are not detached from the forces that shape the planet, for better or worse. Maybe they play a different tune, and take better care of their local environment, but they exist alongside globalisation, not despite it. Something worth pondering with your next glass of copper-hued pinot grigio, whichever hemisphere it’s from.

Amsterdam goes natty, without the geeks

Canadian journalist, translator and wine judge, Rémy has been writing about wine and food since the cyber-dawn of the interwebs.