The greatest thing about wine is that just when you think you know everything, someone comes along and shatters that complacent vision to smithereens.

This happened to me last week, during a few intense days at La Dive Bouteille and its associated spin-off fairs in the Loire. Tasting at Les Pénitentes in Angers, I stumbled across Roberto Henriquez, a lone South American amongst a sea of European producers. Henriquez is a young Chilean winemaker with vineyards in the Bio-bio and Itata valleys. He’s been patiently building up vineyard holdings, and now has seven hectares including some very precious 200 year old Pais (AKA Mission, AKA Listan Negro). 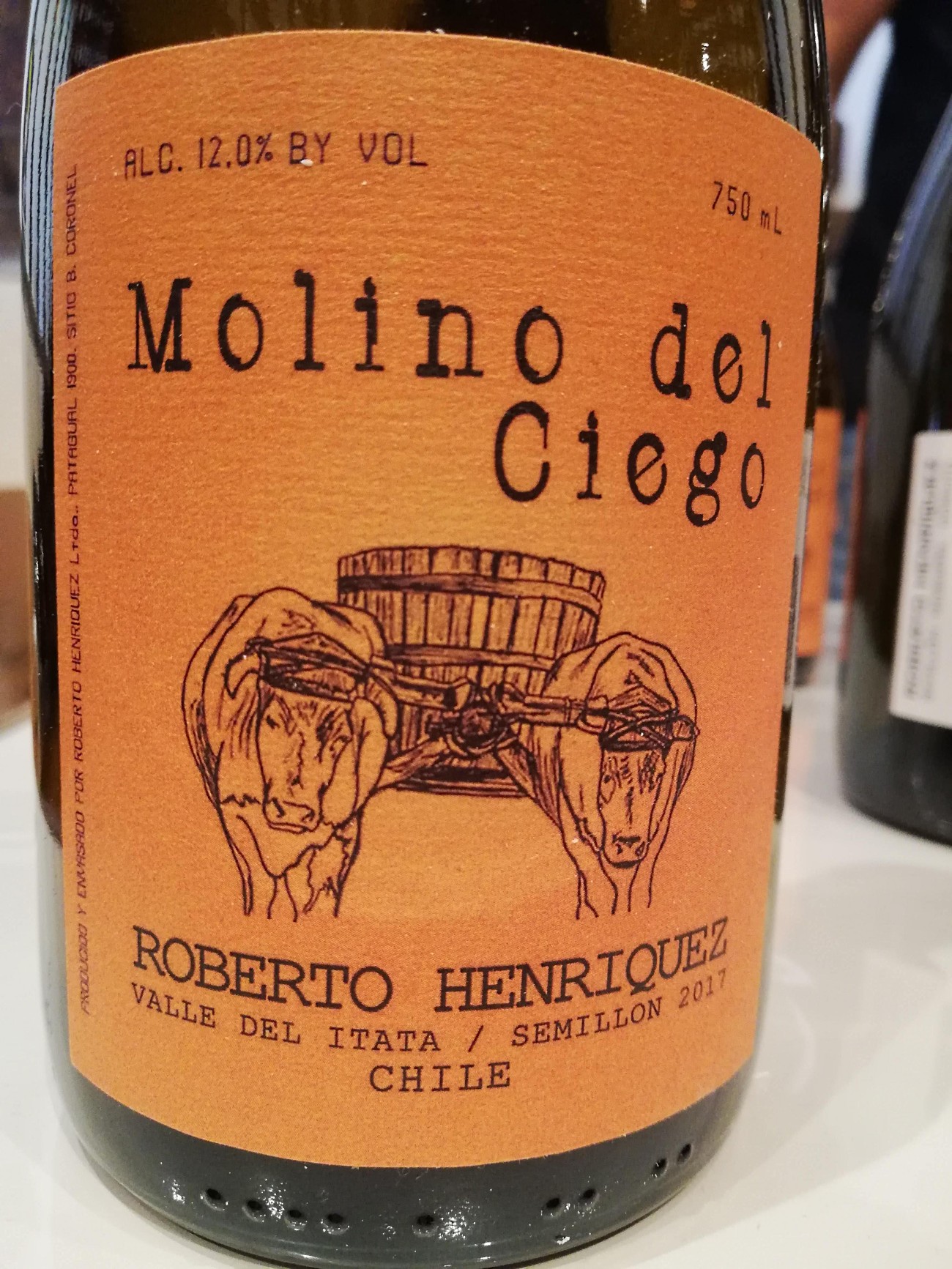 Having survived a university wine-making education, Henriquez decided to reject all the advice to work with Cabernet Sauvignon, selected yeasts and filtration, instead focusing on his region’s traditional varieties and techniques. I had a hunch that Chile must harbour old wine-making methods that included something like orange wine, but to date no-one had articulated it or given it a name. Henriquez confirmed that ‘pipeño’ is the old technique where grapes (white or red) would be destemmed but left on their skins for fermentation, before ageing in a rauli barrel. Rauli is type of South American beech, and Henriquez contends that for really traditional Chilean wines this is essential – European or American oak just won’t do.

Henriquez makes all his wines, including two skin macerated whites, in the pipeño tradition. The white grape varieties, also from old parcels, may surprise: Moscatel, Semillon and Corinto – better known as Chasselas. Much of what is in Chile’s older vineyards reflects its colonial Spanish past, but no-one (including the peerless team behind Wine Grapes) really seems to know how 400+ hectares of Chasselas ended up on the other side of the world to its supposed origin in Switzerland.

Riviera del Notro, Henriquez’ macerated white blend, has subtle aromatics and a rather oily texture. I was much more entranced with his Molingo del CIego 2018, 100% Semillon grown on granitic soiils and treated in the same fashion as the blend, destemmed with about a month’s skin contact. The nose is a bit of a tease, with hints of fresh herbs and aniseed rather than fruit. It didn’t remotely prepare me for the palate, which is impressively fresh and citrussy, and also pretty grippy and structured. This is Semillon imitating Ribolla Gialla, not coming quietly or softly. I loved it.

Henriquez is just four vintages in with his personal project, but his passion for Chile’s most traditional wine-making methods, old vines and grape varieties already provides a real point of difference. Thus far, the wines are available in the US and Ireland. Total production (including his delicious, lightweight Pais) is only 10,000 bottles a year,