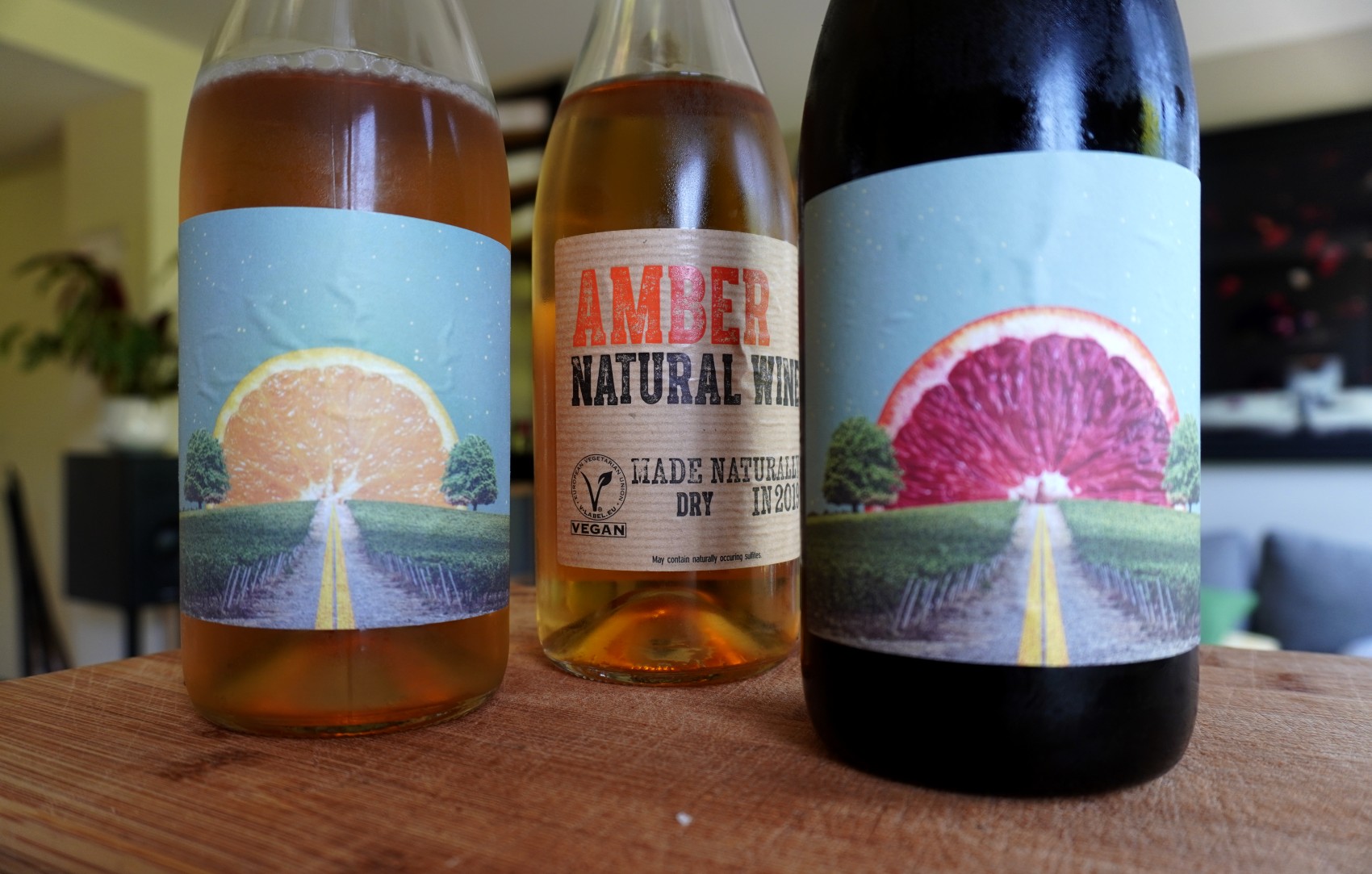 It’s becoming an annual ritual. At some point early in the year, I either make a rude comment or otherwise draw attention to the series of “natural wines” made by Roumanian winemaking giant Cramele Recaş. Inevitably, Cramele’s vocal but eminently level-headed supremo Philip Cox leaps into the fray to defend his winery and its wines. We discourse, agree or agree to differ, and then he sends me the latest vintages of said wines to try.

This has been going on for three years now, ever since I wrote about Cox’s orange wine becoming the first ever such bottling to appear on the shelves of a mainstream UK supermarket. I keep promising to visit the winery, although this year a planned trip was rained off due to Covid-19. Philip is nothing if not sporting.

It’s mistaken to insist that “natural” can only be “artisanal”. We cannot simply repurpose words and their definitions when it suits us.

Despite not always enjoying the wines, I have nothing against major wineries per se. What Cox and Cramele are doing is genuinely interesting from an industry standpoint. They’re slowly but surely carving out a niche as the only industrial-scale winery (they produce 25 million bottles of wine a year) that is regularly putting “orange” and “natural” wines on the shelves of major multiple grocers. It’s earned Cox a fair few snide comments – particularly amongst defenders of the natural wine faith – but the wines appear to sell rather well (all covered in more detail in this earlier article).

Where matters become increasingly interesting is the sheer number of conundrums that are thrown up when a major producer steps into a niche market. I wasn’t planning to do more than just review these three 2019 wines, but they frame so many important discussions that my quill became well and truly charged. Furthermore, the 2019s are hands down the best natural wines that Cramele Recaş has so far released.

First up is the interesting aside that it is effectively impossible to import to the US with the wording “orange wine” on the label. At least, assuming the bottle contains wine made from grapes. Cox explained that although the phrase isn’t forbidden by government agencies such as the USDA, it came a cropper with the labelling arm of the TTB (The Alcohol and Tobbaco Tax & Trade Bureau). Imported wines and other products have to apply for a COLA (Certificate of Label Approval) and this has to be done on a per-state basis. He notes wryly that COLAs comprise a somewhat fickle set of rules: “They seem to vary from state to state and come back with various changes that they want producers to make in labels, usually for moral reasons.” He adds “for example in some states you can’t say a wine is ‘Powerful’ because it might provoke the consumer to ungodly acts!”

Qua orange, Cox explains “they said that it is too confusing for consumers and will make people think its made from oranges!” Of further note is that the TTB has its own specific COLA definition for what constitutes a “Natural wine” (Another phrase that Cox likes to put on his labels). But the TTB’s definition certainly doesn’t coincide with anyone else’s. It is merely “The product of the juice or must of sound, ripe grapes or other sound, ripe fruit (including berries) made with any proper cellar treatment and containing not more than 21 percent by weight (21 degrees Brix dealcoholized wine) of total solids.” There are then additional categories for “wine with natural flavours” and so forth.

It’s for this reason that the US release of the producer’s “orange natural wine” (as it’s known in the UK) instead bears the name “Amber natural wine”. It’s also a slightly different blend to the UK version. I preferred the UK blend by a small margin, finding it fresher and more fruit-froward.

A question of sulphites

There’s more fun and games regarding the sulphur levels in these wines. All three of the 2019s were made, as Cox confirms (I asked him about 10 times), with no added sulphites at any point during winemaking or bottling. Here are their total sulphur levels, as per the lab analysis (which I have seen) done by Campden BRI.

I checked with wine scientist and writer Jamie Goode if such high sulphite levels could really occur as a by-product of natural fermentation. Goode confirmed (in a tweet) that studies done by the wine consultant Dominique Delteil had resulted in natural sulphite levels as high as 100mg/L. So it seems that 37mg/L is more than possible – which may surprise some natural wine commentators.

This has put Cox in a tricky position. These wines wouldn’t be classifiable as “natural wines” according to the new “Vin Methode Natur” labelling scheme in France, nor by L’Association des Vins Naturels (AVN) – both of whom specify a maximum level of total sulphites of 30mg/L. And now he has yet another issue that has to be defended. Cox is robust on the relative importance of the matter, which he believes to be a red herring: “There is absolutely no difference in my opinion between a wine with 25 or 40 mg/l of SO2 total”. He adds that “I think it gets away from us all talking about the quality of the wine rather than nit picking about some notional analytical parameters. It’s much more important that the wine tastes good, and of course morally it’s important that it’s from organic fruit and has no additives or heavy interventions in the winery.”

On this latter point, Cox has unequivocally fulfilled all the criteria. He confirmed to me that the fruit for all three 2019 naturals comes from an organic grower – however Cramele Recaş would struggle to gain organic certification for the wines, as the Roumanian certification body doesn’t permit fruit to be sourced from multiple vineyards and then vinified at one winery. And while the 2019 wines happen to be sourced from one grower, Cramele often has to source from a variety of different suppliers to get sufficient volume.

Cox is clearly on a roll – he’s now working to create an official definition of natural wine in Romanian wine law, which will probably allow up to 40 or 50mg/L of total sulphites “depending on what other producers want”.

A certain amount of resistance towards these wines comes from commentators (and other wineries) who insist that natural wine has to mean small production, on an artisanal scale rather than an industrial one. Whilst this stance might be understandable in terms of greater coincidence of small production with high quality or individual expression, it’s mistaken to insist that “natural” has to mean “artisanal”. We cannot simply repurpose words and their definitions when it suits.

If (as is generally the case) “natural wine” means a wine made from organically grown fruit, vinified without additions or corrections, and with either low or no added sulphites, then these three wines from Cramele Recaş fulfill that definition just as ably as the latest dreadlocked naturalista in Burgundy making a single barrel of Pinot Noir.

Furthermore, the wines are well made, stable and – due to Roumania’s super low cost of labour and real-estate – stunning value for what they offer. The Solara glou glou red, in particular, is a wine I could happily dispatch with great enjoyment.

Admittedly it doesn’t really fit with the “glou glou” moniker (too high on the alcohol, a bit too much structure, rather “serious” and bone dry on the finish), but that’s another head-to-head I look forward to having with Philip before the release of the 2020 vintage. 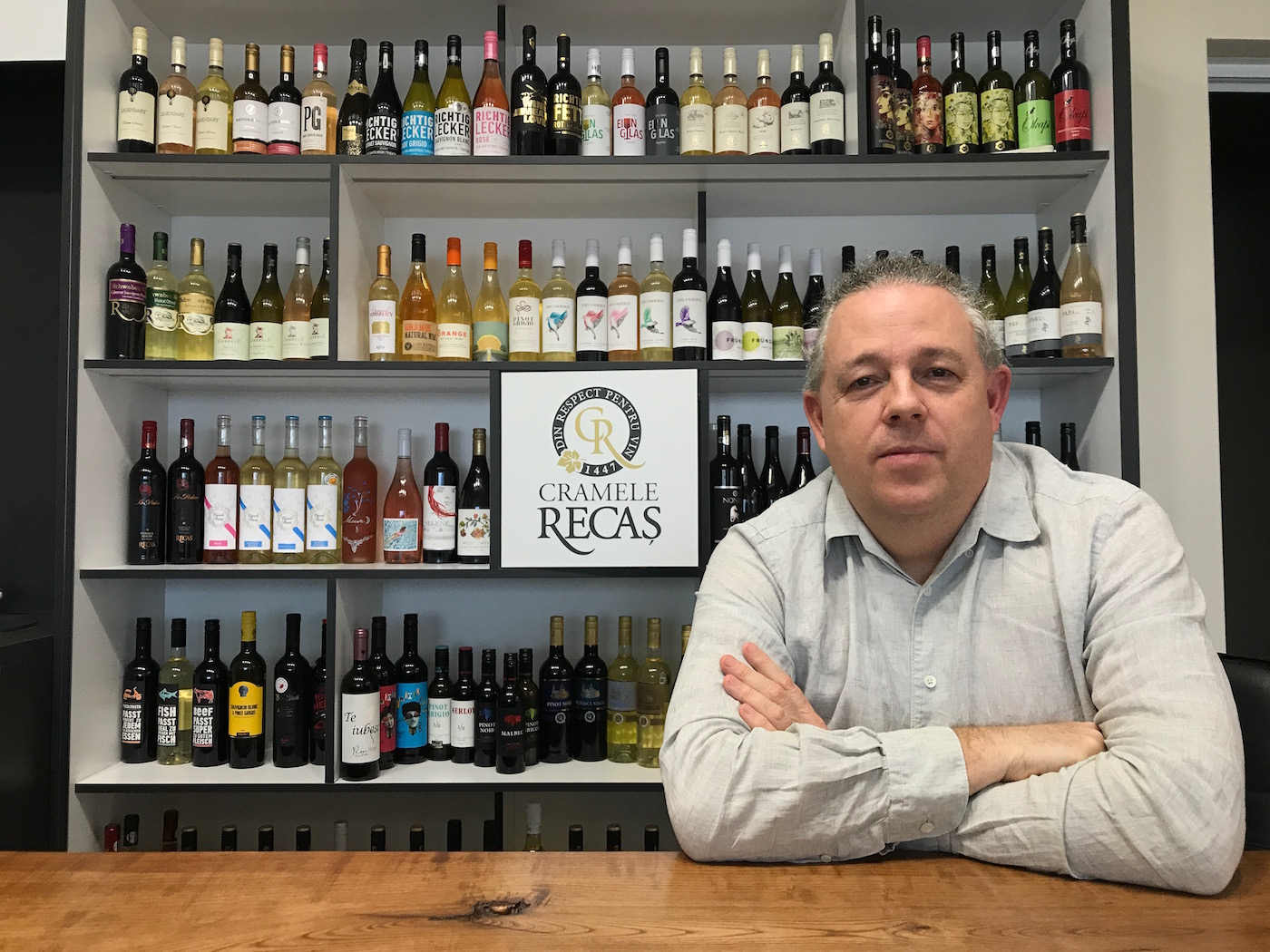 The wines mentioned in this article were provided for review.