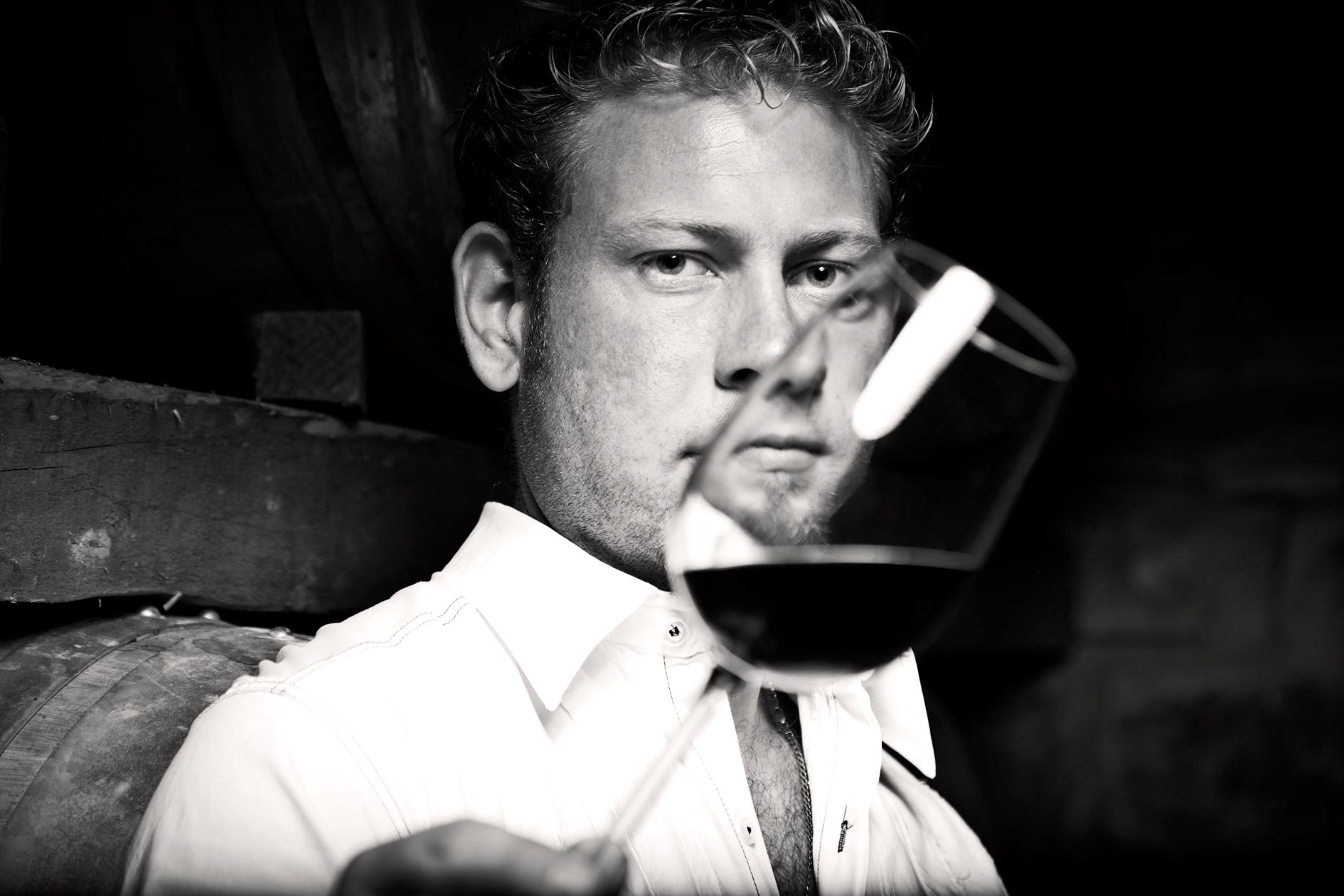 Slovenia as a wine country is very dear to my heart – it’s pretty much orange wine central, even if its most stellar producers (Radikon, Gravner, Dario Prinčič for example) happen to be technically just over the border on Italian soil, post WWI. Plus, it’s a beautiful, unspoilt corner of central Europe where the vast majority of wine estates are small and artisanal in style.

A clutch of these producers have deservedly achieved cult success within the niche-but-ever-expanding world of orange/amber/natural – names such as Mlečnik, Klinec, Movia, Aci Urbajs and Čotar are now known from London to New York to Tokyo. But there are many more interesting estates a bit more under the radar. Some are new projects, others are rebooting and progressing to cleaner forms of viticulture and more traditional, non-interventionist winemaking.

Here’s a round-up of five promising winemakers – a mix of my new discoveries and some up-and-coming names that really deserve your attention.

Edvard Reya took over winemaking duties at his family’s estate in 2006, following the unexpected death of his father. He’s now making a range of lightly macerated orange wines that show great charm and character. They’re unusual for the region, light in alcohol and texture – and I assume deliberately harvested on the early side to preserve freshness and acidity. Standouts for me include his juicy Pynot Rosso 2017 (the weirdest name yet for Pinot Grigio!) and the Rebula 2017, which has delicate herbal notes and a chalky texture. 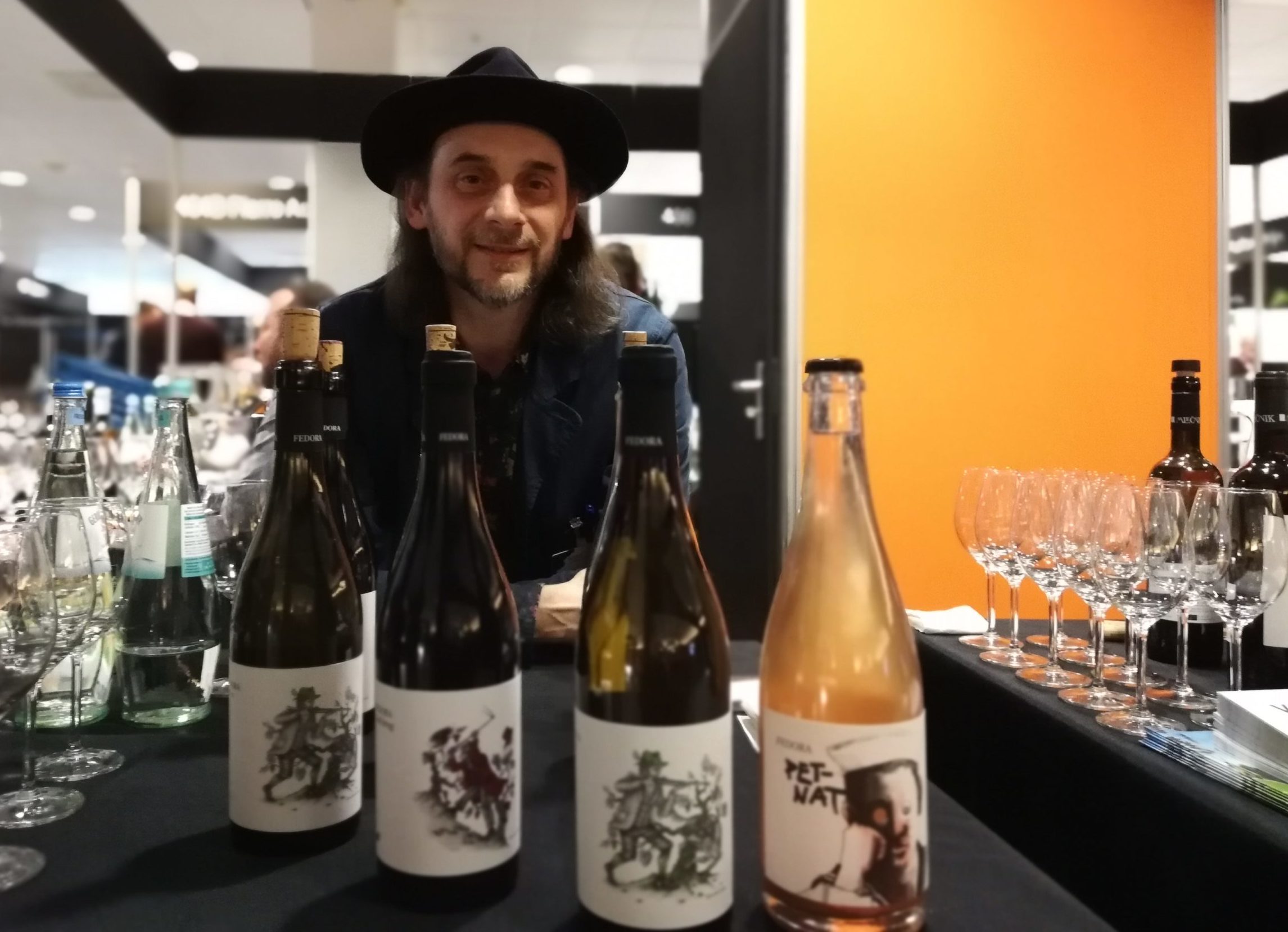 Back in January, I met Valter Kobal, who took the decision in 2014 to take his family’s long-established vineyards out of the cooperative so he could start bottling his own wine. Fedora was born as a label, with 2016 the first bottled vintage. Valter farms organically, with some biodynamic techniques in addition. His vineyards will be certified organic from 2020.

His Zelen 2017, made in the traditional Vipava fashion with a week of skin contact in an open-top fermenter, is a real charmer with lots of citrussy freshness but texture too. Pinela 2018 (3 days skin contact) is easy-going and also very successful. He’s just released a 2019 Rebula Pet Nat which I really enjoyed – it’s very fresh with a feeling of weightlessness and a hint of cream soda.

The labels are super fun too! (see the bottom of this post for individual bottle shots) 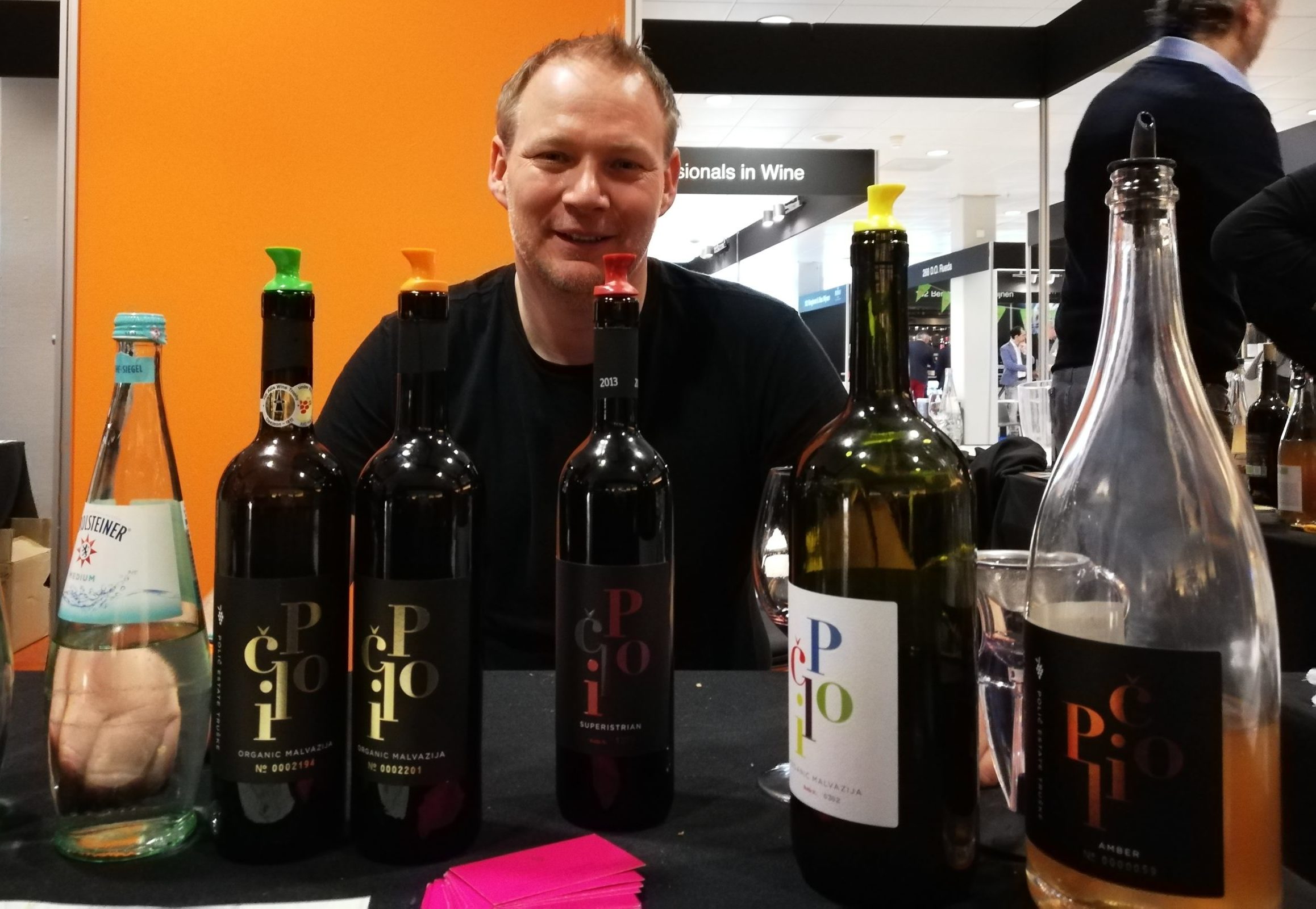 Polič is a newly created estate that dates back to 2013. Peter Polič makes the wines (the estate also produces olive oil and cosmetics made from grape seeds and extracts). He cites Rastko Tement (Bartul) as an influence, and like Rastko he also leaves his white grapes on the skins for exceptionally long periods of time – one year for the Malvazija 2014, two years for Malvazija 2015 and 2016. My favourite was hands down the 2014, from a cooler year and with plenty of lift and excitement. The newer vintages (2015 and 2016) are super concentrated and dense, but feel a bit leaden to me – too vegetal and raisined. His Amber 2015 is yellow Muscat with shorter skin contact – but it missed some aromatic expression and seemed rather flabby.

With organic and biodynamic farming techniques, and a great deal of research going into optimal farming methods, I have no doubt that the raw material at this estate is great – Here’s hoping that Peter backs off on the skin contact a bit, and maybe harvests a bit earlier in the future. I think the wines would be better for it.

Similar to Fedora, Matija Žerjav has taken his family’s vineyards and breathed new life into them as his winemaking project. His wines are very typical of the region (Slovenian Styria, or Štajerska), with a lighter, soft-textured style that is quite distinct from the riper, structured wines of Brda, or the lean, austerity of the Karst. Matija makes two ranges, the light coloured labels are fresh, unmacerated wines, while the black labels are single vineyard offerings, all with a proportion of whole grapes in the ferment.

His Amphora 2018 is 100% Riesling fermented and aged in amphora with 214 days on the skins – it still emerges with grace and delicacy after all of that, though for my personal taste there was just a bit too much oxidation in the 2018. I preferred the Lapor Lazki 2018, Lapor Šipon 2018 (AKA Furmint) and Lapor Rizling 2018 black label wines – all very lively and fresh, but with understated textural depth. Best of all is his crisp, dry Šipon-based Pet Nat ( a proper, undisgorged one!) and a superbly thirst-quenching Frankovka Modra 2018 (AKA Blaufränkisch) that comes in a superbly thirst-quenching litre bottle. 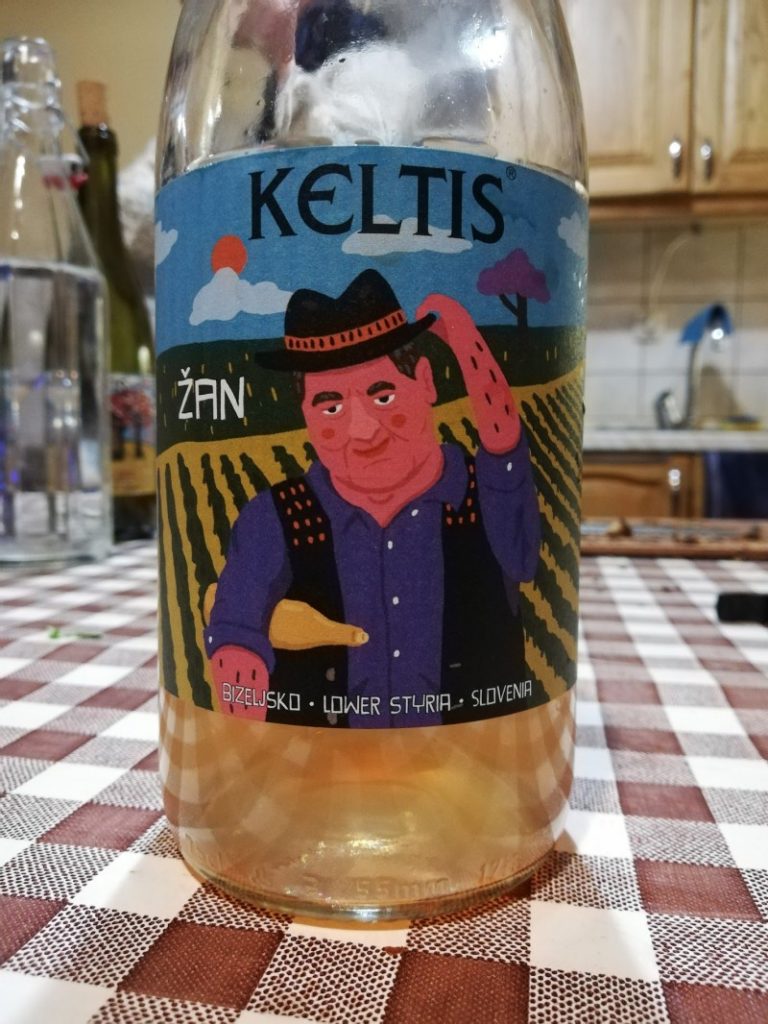 I’ve been tasting Miha Kelhar’s wines for around five years now. During that time he’s made great strides, developing and perfecting his style. The estate, which was always farmed organically, is now in transition to biodynamics – Demeter certification is expected in the next three years. Miha has just changed his labels, and they’re now a lot more fun, eye-grabbing and properly representing his winemaking style. “I make cloudy natural wines”, he says, unapologetically but with a bit of a wink and a nod. In fact, he makes beautifully fresh, light bodied wines that offer perfect lubrication, whilst speaking of their region too.

I’ve always gravitated towards his Cuvée Extreme, which is not actually extreme at all – yes, it sees more skin contact (five months) than anything else, but the end result is always a silken-textured and rather luxuriant beast. Cuvée Extreme 2017 is no exception, really harmonious and with creamy but lightly spicy fruit. It’s a blend of just about everything that grows in the vineyards here: Renski Rizling (Riesling), Chardonnay, Sivi Pinot (Pinot Grigio), Traminec (Traminer) and Muškat Ottonel.

Žan 2019 (Muškat Ottonel plus some yellow Plavac, with just two days skin contact), Traminec 2019 and a Pinot Grigio 2019 are all absolute charmers, with beautiful acidity, varietal typicity and superb drinkability. The Mufi 2019 Pet Nat (named after one of the estate’s cows), based around the same blend as Žan, is lightly aromatic and great fun. 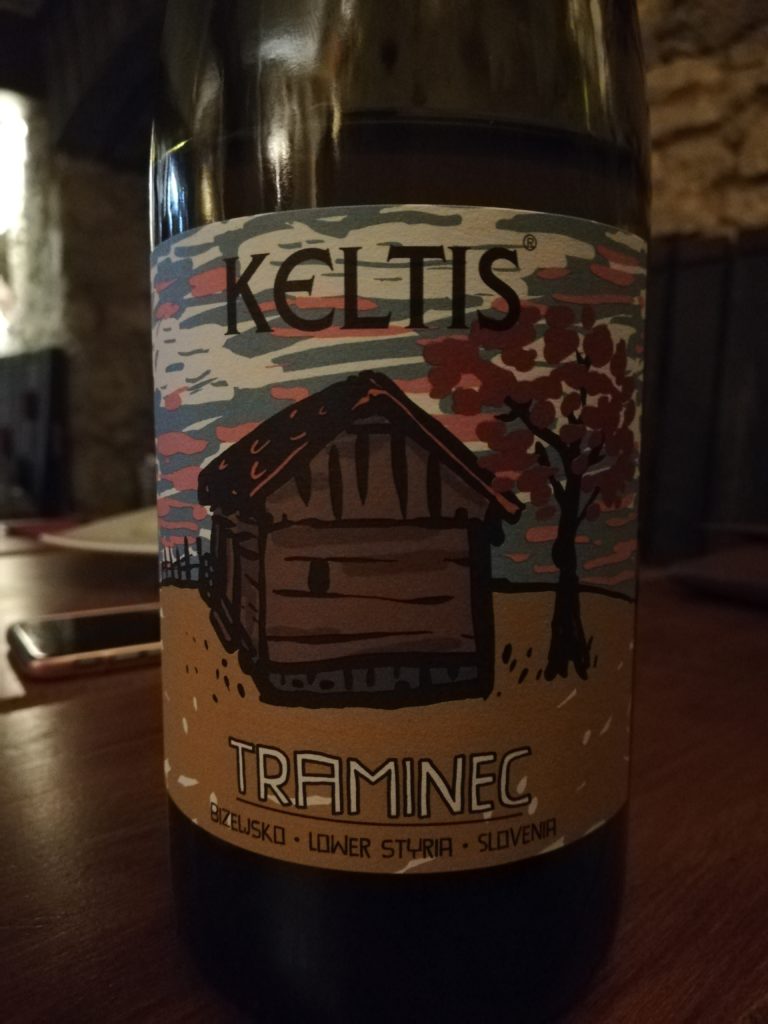 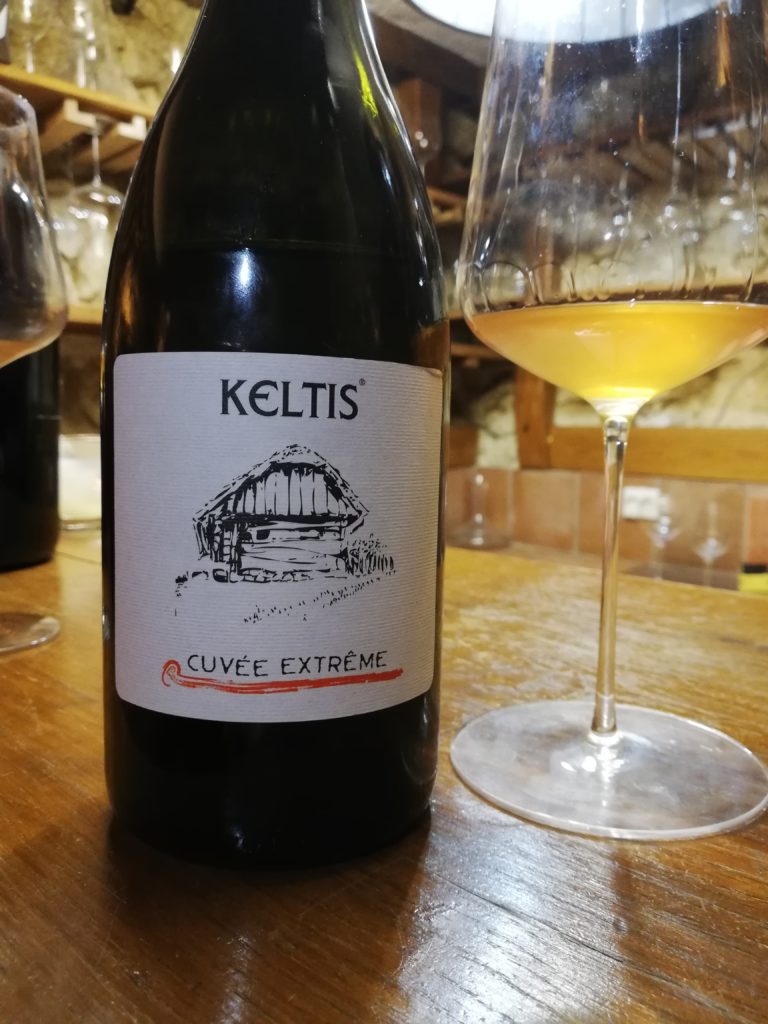 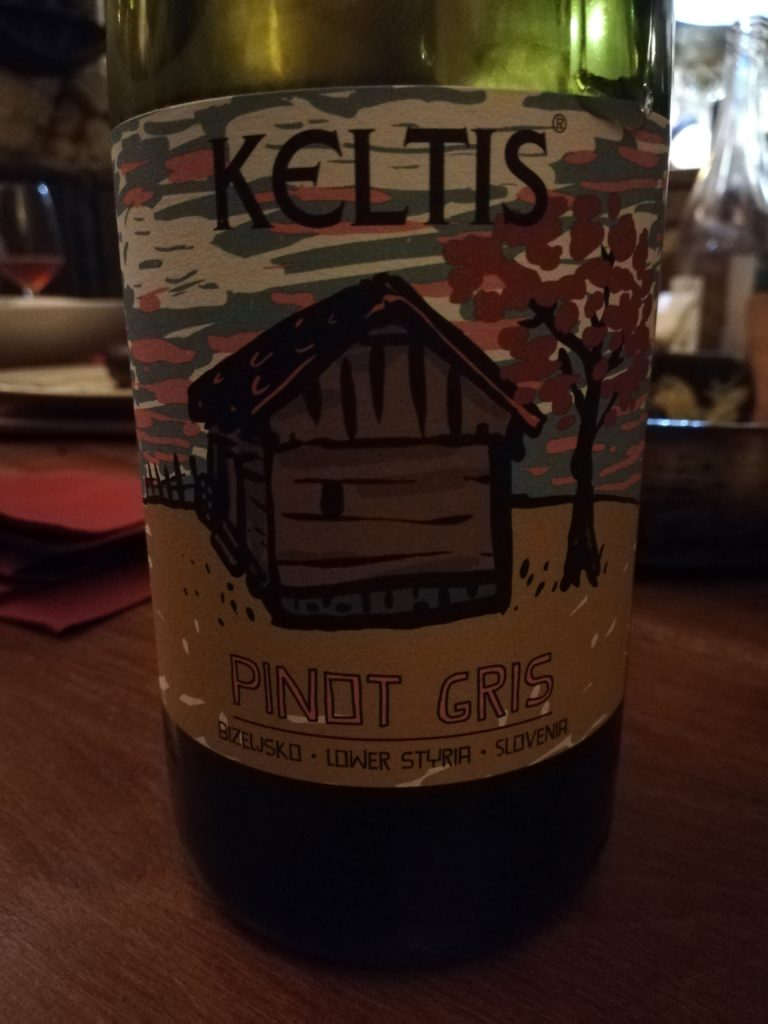 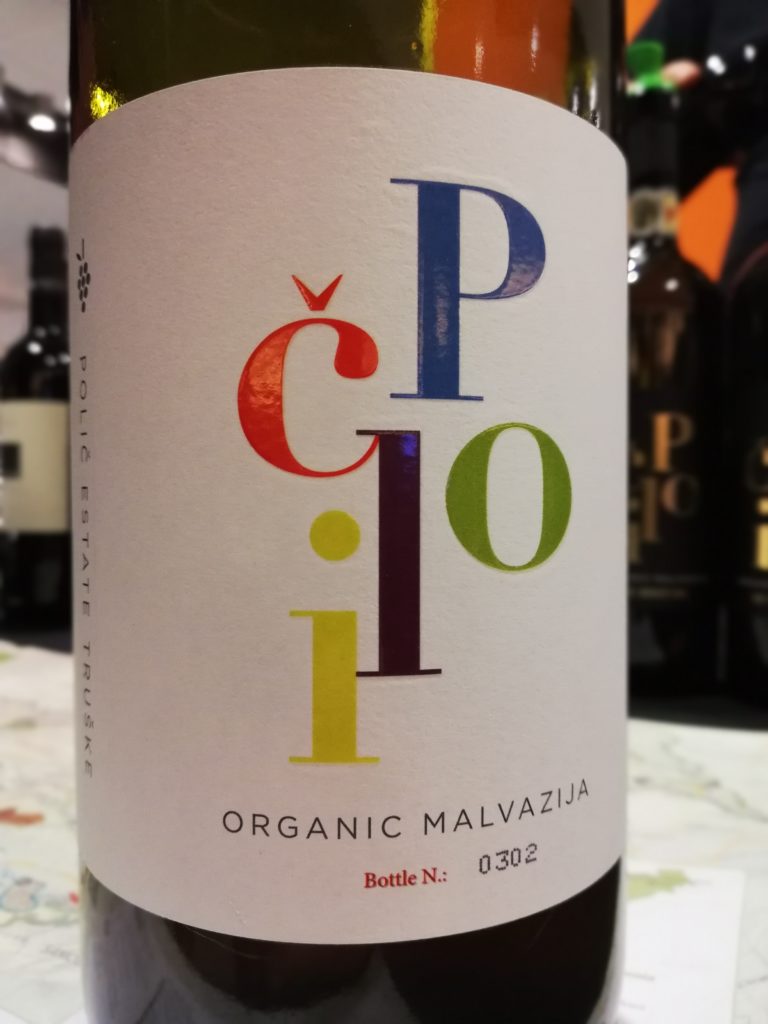 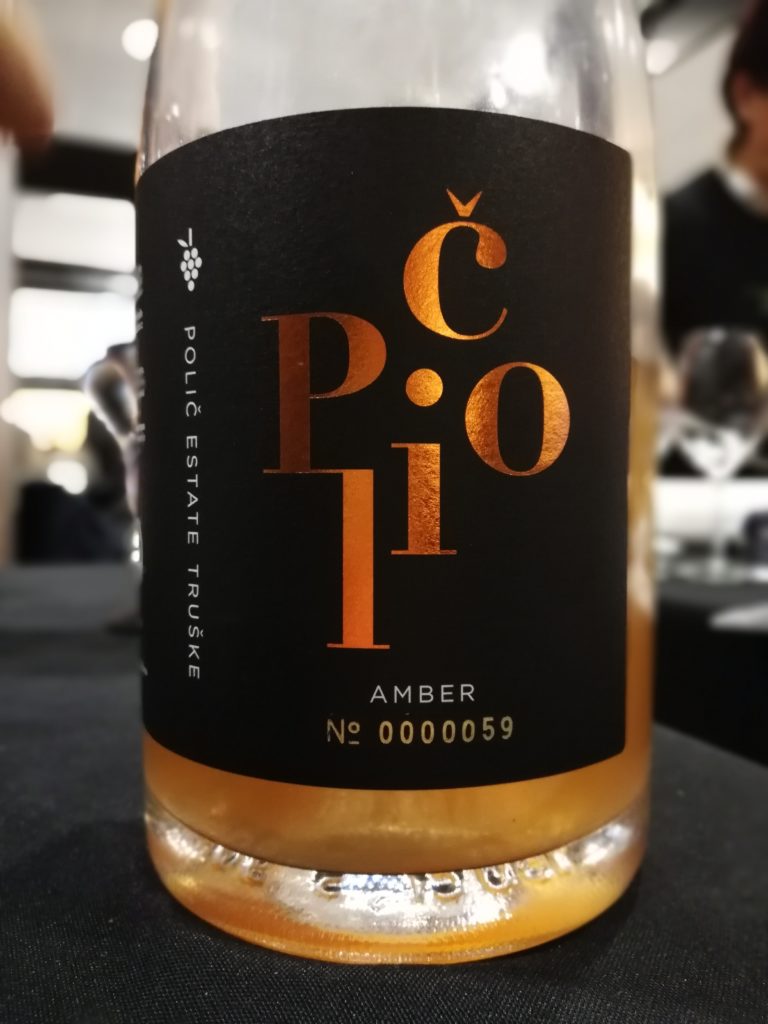 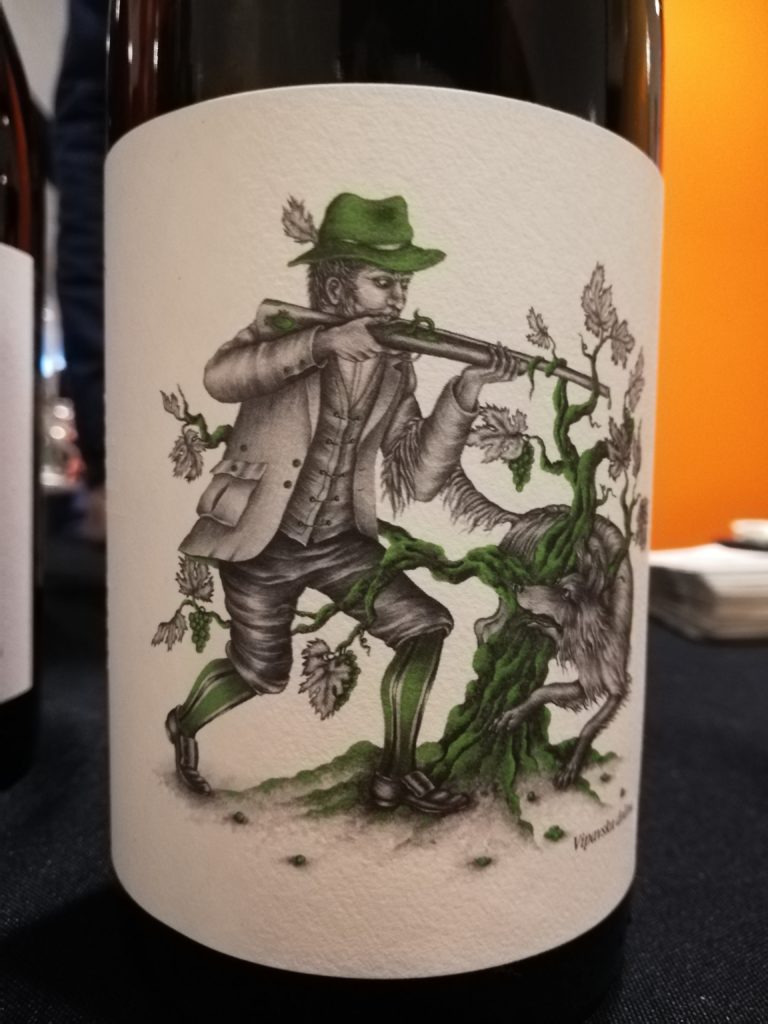 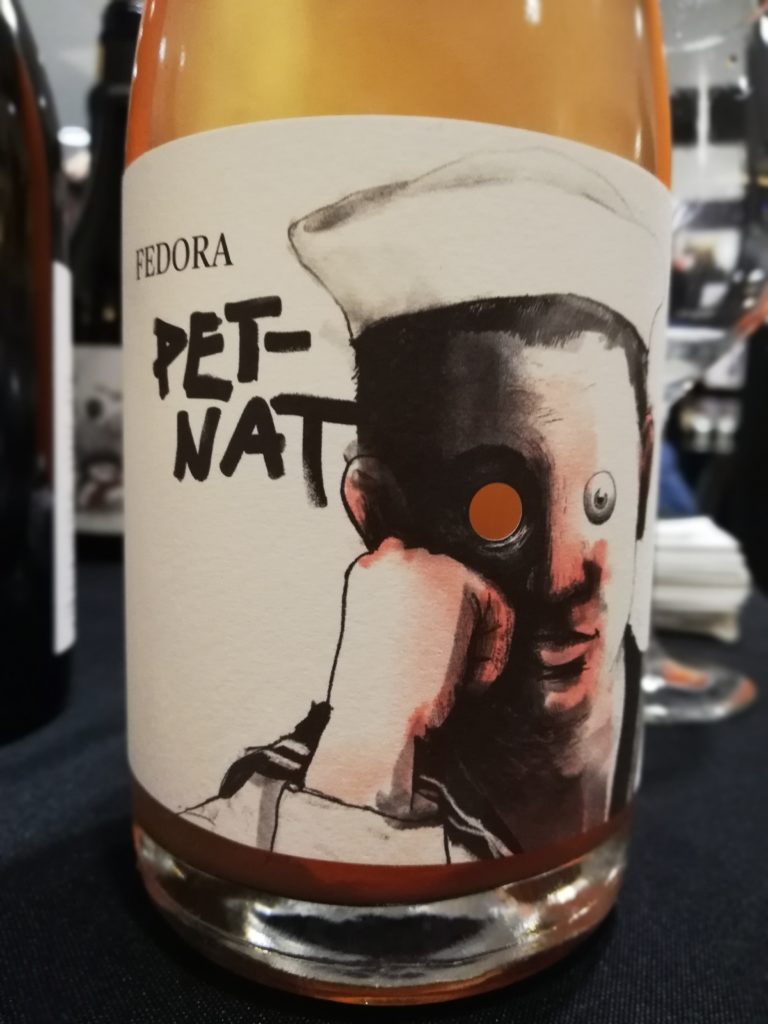 I was a little reluctant to look at the article, since I live in Slovenia and I know a great deal of wine makers, and natural wine makers.

But man, you have done a research! thank for the data, looking forward to try this wines…

Lucky you (living in Slovenia)! I’ve been a fairly frequent visitor over the last seven years, so yes, I think I can claim to have done the research.
At the same time, I do want to be clear that these are producers that are (mostly) new to me – clearly they are not new to everyone, and some have been up and running for more than five years. So new is a relative term!