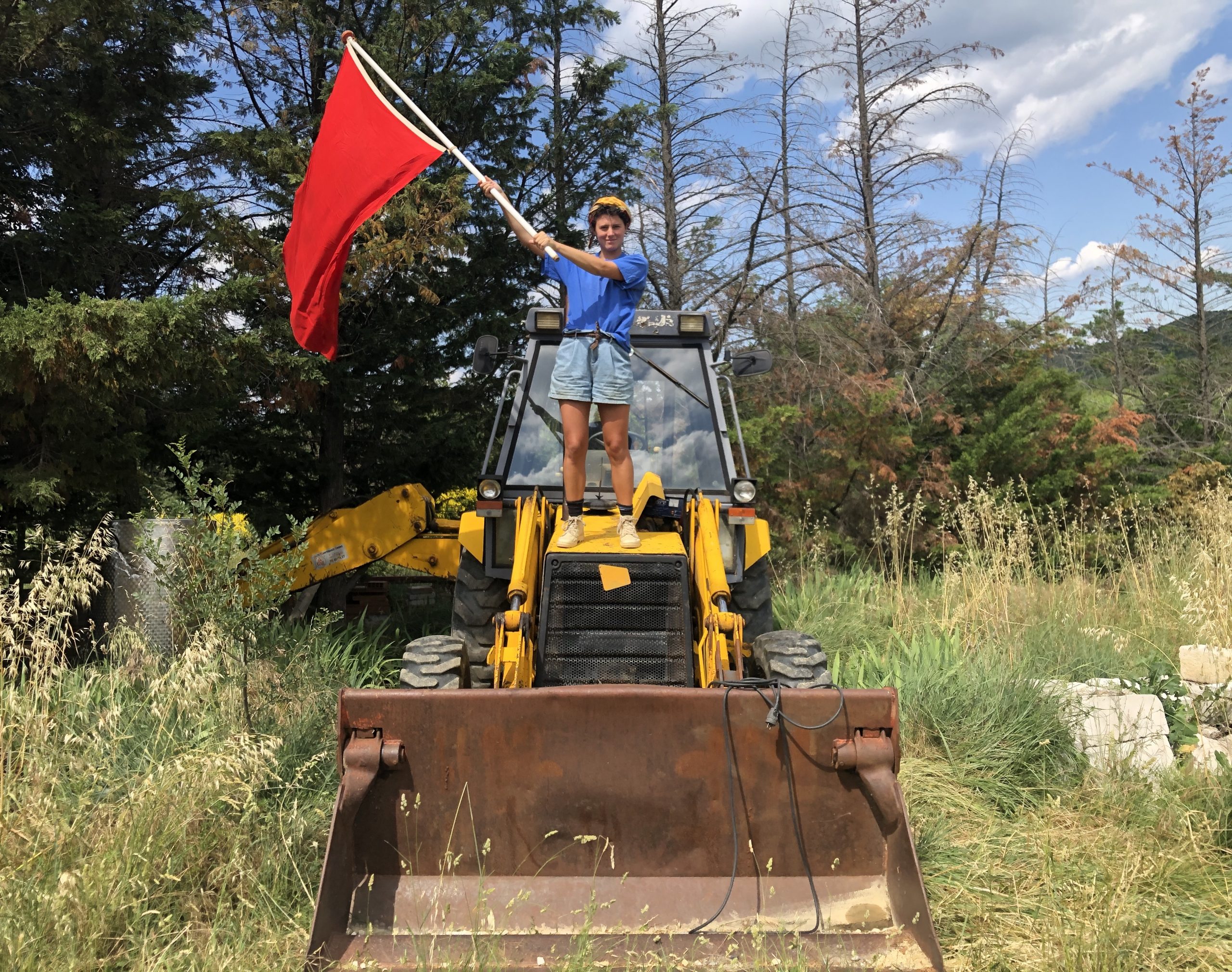 I worked for lunch in lieu of pay for three weeks including labour day. Why doesn’t matter. What matters is I had the choice. Vine work for many is not a choice. It is not romantic, fun or games. It is uncertain, unskilled labour; the labourers getting by on minimum wage.

‘Je travaille dans les vignes’ evokes a very different picture depending on who you tell, whether it’s someone living in rural France or in a major city where you’re lucky if one hour’s pay will buy you a glass. Unlike, say, nurses, who are also underpaid but held in high esteem; the vine worker is considered low on the societal totem pole. Essential but low in caste.

I don’t use the word caste lightly. The minimum wage (in France, €10,15 an hour before taxes) is calculated by the minimum needed to exist. In Europe it will still buy you material comforts feudal kings never dreamed of. The problem is that if the minimum is your maximum, it’s hard to get ahead.

Humans like to get ahead. The sense of advancing is psychologically important. But making gains in the vines is hard. When all you have to have sell is your labour, the narrative of gaining a foothold and moving up the ladder rings false. There is no career path unless the goal is to tend your own vines and you can justify the no to little pay as an investment in education. True, major domaines may afford some kind of pay hierarchy, but there’s so little room at the top that a raise is not so much a path as a once in a lifetime level-up.

Likewise, at a certain level there is little incentive to improve your skills. A quicker worker works less hours and the work is finite — you do the maths. Owning a stake in the business is rarely an option. There are no corner offices in the vines, and your fifteen years of service will assure you little more than a bad back.

The vine worker doesn’t have anything to cash-in other than their hard-earned cheque at the end of each day. They’ve gained no ground for all they tended to it, they have no stake in the production facility they literally helped grow.

The vine worker is the proletariat. Romanticise that.

But it’s all OK because we work outside, right? Get back to the land, have a year-round tan, be the change you want to see in the world and all that. Life’s simple when you look after plants. They don’t talk back and all that alone time is great for bird watching or podcasts! Winters go faster when you’re always outside; and it’s easy to lose track of what’s happening in the real world when your reality is the here and now.

If you’re lucky maybe you’ll have a boss like mine, who brings coffee and three different percentages of chocolate at nine and cooks so superbly that with a gun to my head I couldn’t tell you which lunch I liked best: the hand-cut steak tartare, Sunday-worthy stuffed chicken or the Japanese thing he just threw together. At the stroke of twelve rags transform to class, and I haven’t even mentioned all the back-vintages money can’t buy that we try to guess blind each day.

Perks aside, what happens in the vines is not so different to the the conveyor belt, bolt-twisting economy of Ford motors. The work is repetitive. There is close to no variation; and whatever singular task has to be done you will be doing eight hours a day for weeks, maybe months, at the very least — days. It’s one thing if you’re working towards your own project, another if it’s just for a wage.

The takeaway from the industrial revolution is the maximisation of profit. You maximise profit by maximising efficiency by breaking work down into quick, singular actions, repeat. But by partitioning tasks the vine worker is kept in the dark as to the true value of their labour. It becomes difficult to see the wood from the trees. This makes it easy to become estranged from the end product, be it a car or a bottle of wine. To just repeat makes one feel less human, more machine. And this — quick, reactive, efficient, automatic — is what the best vine workers strive to be.

But we have machines for when they’re needed. So how can we humanise wine domaines?

I understand the argument. I too have heard of Adam Smith. Capitalism means competition. Competition is overcome by innovation or extraction, be that natural resources or human.

Good farmers know what happens when you extract too much from nature. They accept that the responsibility for slowing ecological disaster is theirs; that the true cost of production is for them to bear. But what about the human cost?

Somewhere down the line natural wine has crossed wires with notions of morality and humanity. I’m not suggesting a coup but that we de-industrialise the industry. What if after a certain time employees became shareholders so that they can profit from the value they create? Or that work is approached Montessori style, less “You will be tilling for four weeks” more “X, Y, Z needs to be done in X timeframe”. With experience you’ll figure out that ébourgeonnage is better when it’s dry and tilling is better shortly after rain and importantly, you have agency. Discretion. You’ll feel less estranged. Even planting differently can create real change. The same work feels very different when the parcel is garden-like versus a never-ending agricultural highway.

So let a hundred flowers bloom. It’s never too late for change.

Such a worthwhile piece! I think we’re at a crossroads. The world is deciding to recognize that our humanity is more important than our efficiency.

And speaking of efficiency! You should see my garden. When are you coming?

I’ve been ruminating on how to bring up the subject of natural wine as too capitalistic. This is a rad exploration of that subject in facet of wine that I don’t have as much experience in as the bottle-selling side. Thank you for the great points!

A very interesting de-romanticisation of vineyard work. I was staying with friends at a minor (very minor) chateau in Bordeaux a few years ago when the bottling truck turned up. About six people spent all day, for three days, performing exactly the same movement, thousands and thousands of time. And, of course, they do that every day, all year.