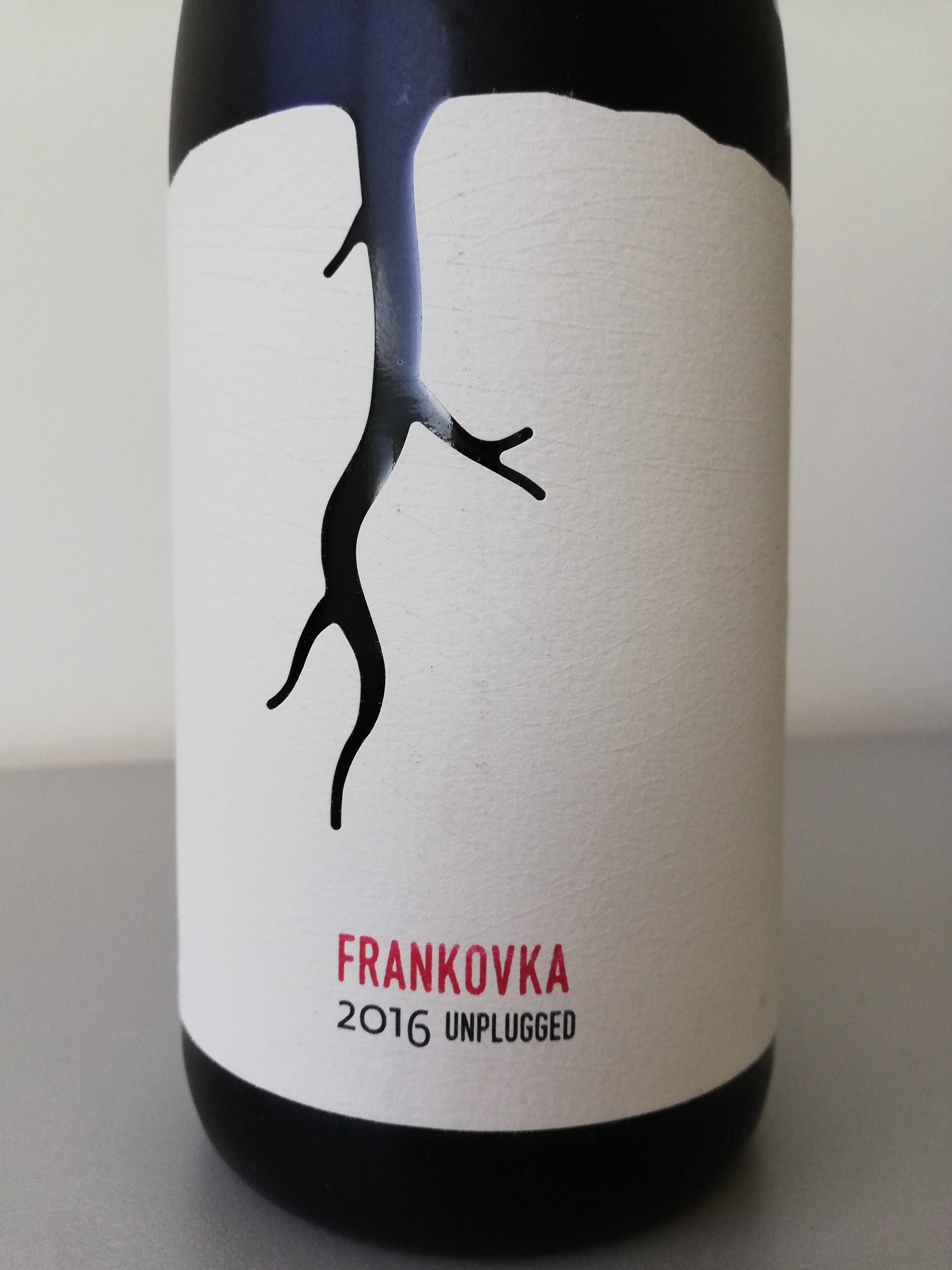 Vlad Magula explains that this wine is called “unplugged” because it was never processed by any machines. The grapes were crushed by foot, and then fermented stems and all. Instead of pressing, only the free-run juice was used. The wine was then gently racked and bottled – no pumping either.

There are no additives apart from a tiny dose of sulphites at bottling (10mg/L).

Clearly recognisable to Blaufränkisch fans, this Frankovka Modra (as it’s called in Slovakia) has a more grassy, herbal character on the nose than you might expect further west in Burgenland. Here the green pepper and laurel leaf character is accentuated. It’s quite entrancing.

This is a very light-bodied wine, lithe and refreshing, but four years on the clock has given it some depth too. A fascinating combination which reminds me a little of the way that top Beaujolais ages – never losing its supple, juicy quality, but gaining subtle complexity and sitting on a firm foundation of very fine tannins.

Buy this wine via wine-searcher
Scroll