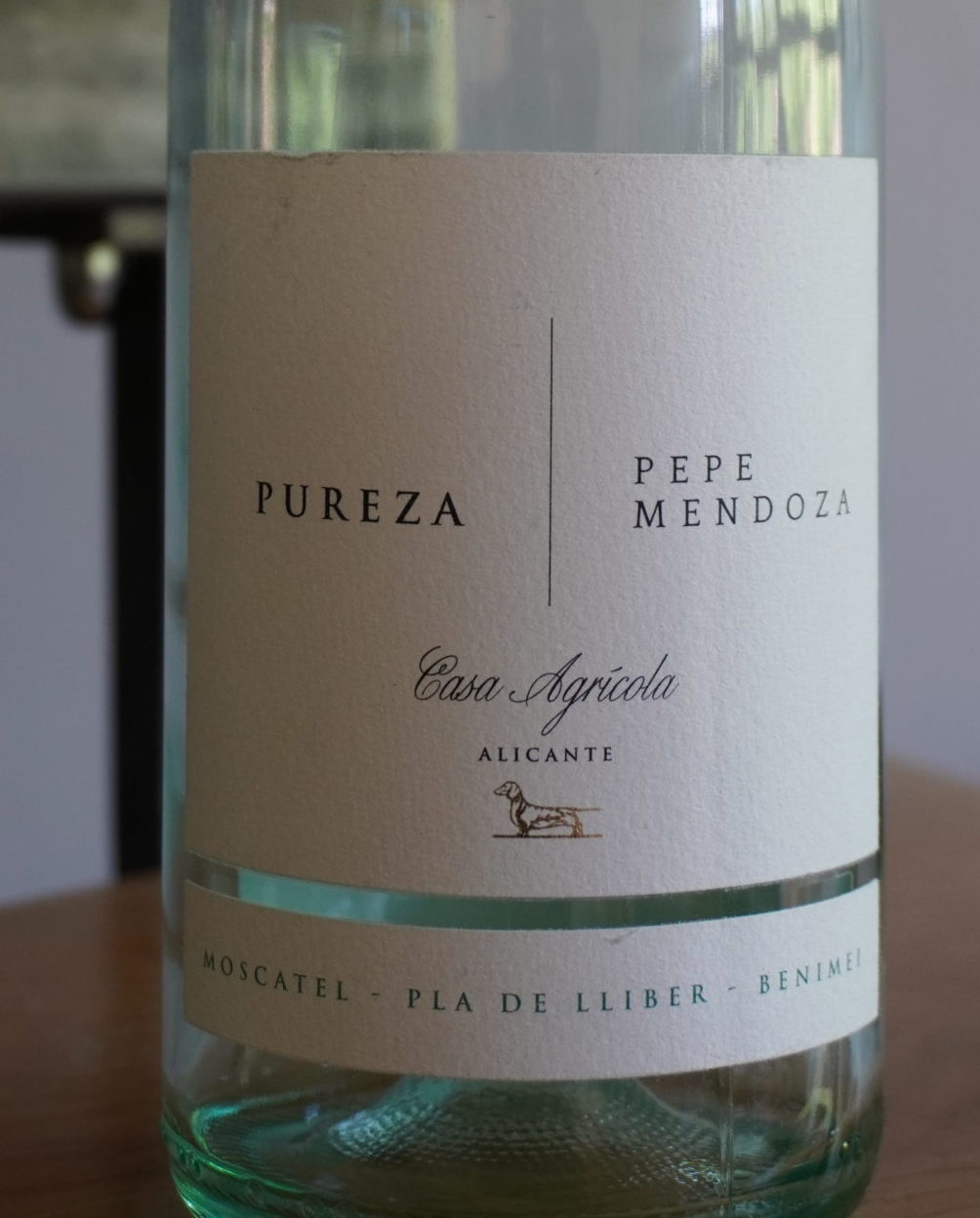 Moscatel de Alejandría fermented with both its skins and stems in Spanish amphorae (tinajas) made by none other than Juan Padilla. After fermentation, its pressed and then further aged in amphora before bottling with a micro-dose of sulphites (2mg/L)

The nose is intense and quite wonderful, with dried apricot, garriguey hints such as rosemary, pine needles and mint, and a reductive note that I can only describe as similar to lanolin. It’s not the typical Muscat aromatics-fest at all.

That reduction reminds me of some top white Burgundies – almost the struck match thing. It makes me salivate and want to dive in. And Pureza doesn’t disappoint, being full of ripe apricot and orchard fruit, with very fine tannins that add freshness.

A fascinating wine – it’s not especially high in acidity, but the minty aroma and the gentle structure add a real feeling of life and deftness. Wonderfully mature and good to go. It can probably hold for another couple of years, but after a few hours aeration I did notice some development and a tinge of oxidation starting to creep in.

Buy this wine via wine-searcher
Scroll